Witness report: “My wife and I were driving South on I-25 from Denver to Lone Tree, CO. US on November 17, 2014. I noticed two circular, large objects at very high altitude. They appeared to be moving slowly East.”

“I asked my wife to take photos of the objects, but not through the windshield. She used her iPhone 5S to take several (6-10) photos holding the phone outside of the passenger window facing the phone South.”

“Unfortunately, she deleted most of them after we got home because they were not good shots of the sky (she thought I wanted pictures of the “pretty” clouds).”

“The one remaining shot did not reveal the orange objects that I saw, but a greenish object in the upper right portion of the photo.” Mufon case 62218.

Editor’s note: the large circular object could be a lenticular cloud or a so-called UFO-cloud, but it remains a question whether it is a cloaked UFO or not. 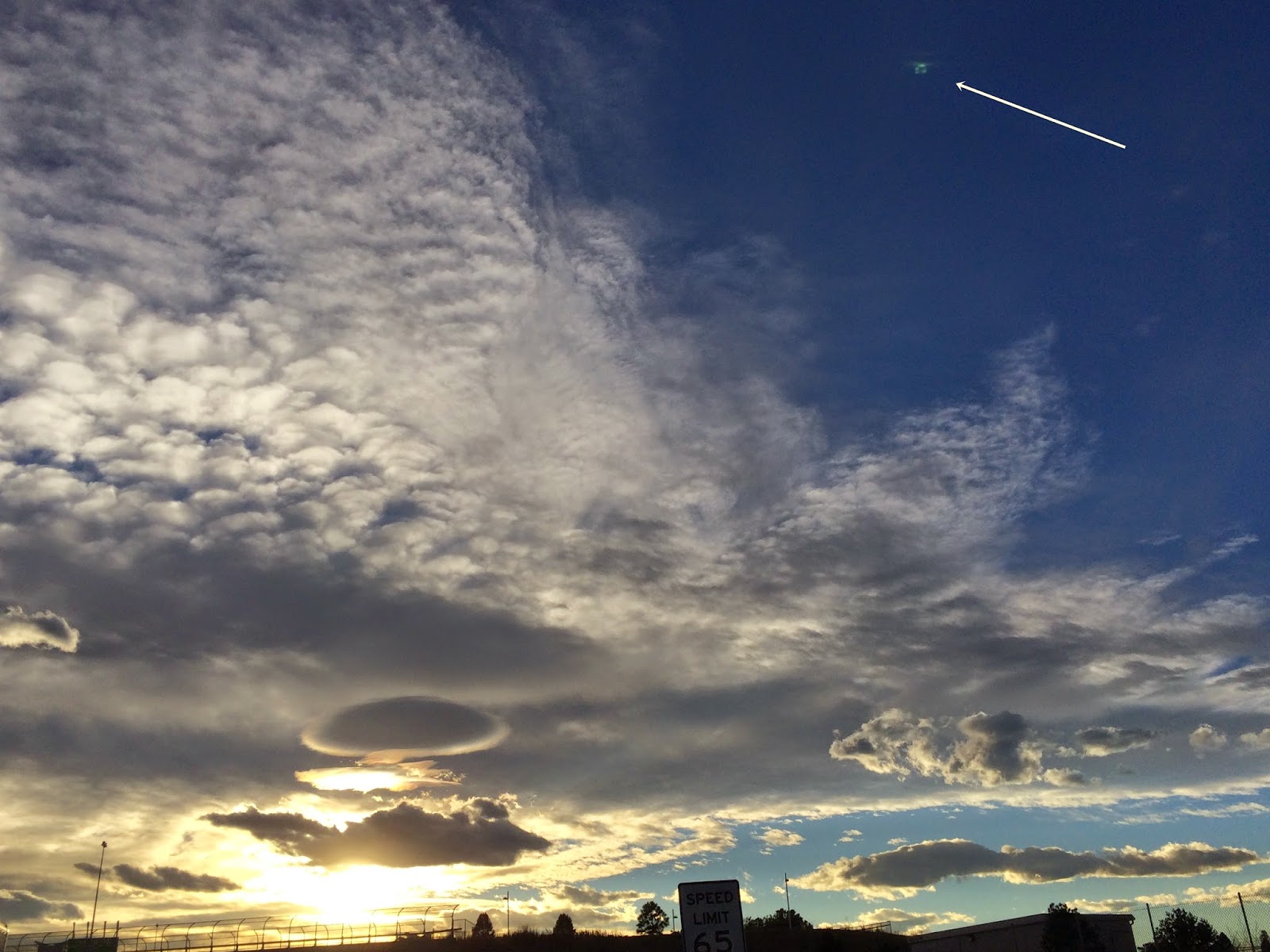 Witness report: “Taking photographs of beautiful Tucson sunset on December 28, 2014. Saw it in the picture when I snapped it. A missile or something else”? Mufon case 62221. 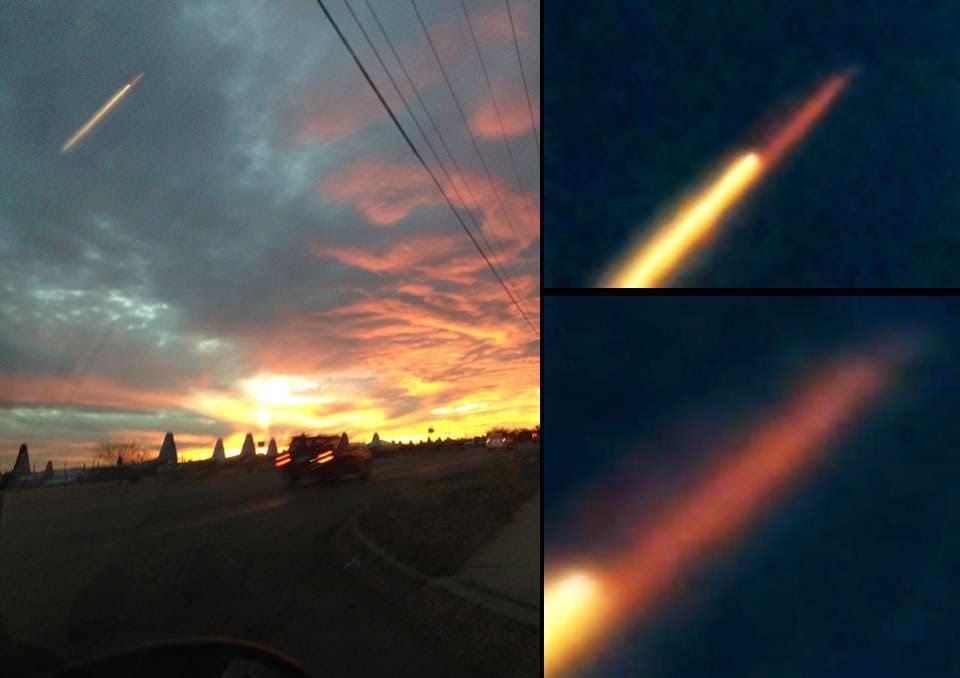