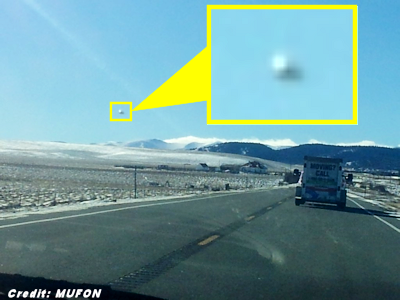 A Colorado witness at Fairplay reported seeing a Saturn-like UFO on her camera screen that could not be seen with the naked eye, according to testimony in Case 62246 from the Mutual UFO Network (MUFON) witness reporting database.

“The surrounding area was very beautiful, so she decided take some pictures,” the reporting witness stated. “She noticed an object on the screen and she started to try to find it without using the phone and was asking if I could see anything. She realized she could only see it through the camera screen on the phone.”