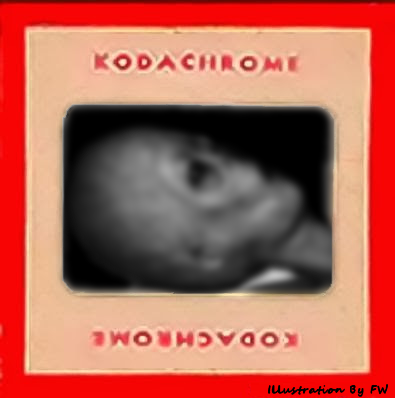 The Public Reveal of The Roswell Alien Slides

By Anthony Bragalia
The UFO Chronicles
2-1-15

What some say represents stunning visual evidence of a humanoid creature that was found crashed near Roswell, NM in 1947 will soon to be released in an international livestream event. Referred to by some as “the Roswell Slides,” the Kodachrome images have now been authenticated by expert scientists and their provenance has been confirmed. During that long process many have speculated about precisely what these pictures show. People will now be able to see for themselves with the public reveal of the slides on May 5th 2015.

The event will include presenters Dr. Edgar Mitchell, the sixth man on the Moon, as well as noted authors and Roswell investigators Tom Carey and Don Schmitt. Transmitted live from the 10,000 seat National Auditorium in Mexico City, the history and background context of the slides (as well as other facets of the case) will be detailed. Tom Carey, who made international news when he announced the discovery of the slides at American University in Washington, DC last month, will be providing more information and logistical details on the event shortly.

Some years ago, while an attic was being cleaned out, a chest was found containing many Kodachrome slides. Two Kodachrome slides were later found to have been separately hidden in an envelope within the inner lining of the chest’s lid. The chest and its contents were traced and found to have belonged to an intriguing, childless couple that are now deceased.

This author made the discovery that the husband, Bernerd A. Ray, was an Oil Exploration Geologist working the fields in New Mexico and the Permian Basin (which includes the Roswell region) in the 1940s for a company that would later become part of Texaco. In 1947 he was the President of the Texas chapter of the American Institute of Petroleum Geologists, which also at that time ‘folded in’ the State of New Mexico. After 1947, Bernerd became a ‘ghost’ in his profession and did not publish nor appear to be active with the Institute ever again.

Bernerd’s wife was Hilda Blair Ray. Researchers Tom Carey and Don Schmitt and the current owner of the film learned that Hilda was a highly respected lawyer with a high-end clientele and possible intelligence connections. A private pilot, she maintained favorable relations with well-placed individuals in both the public and private sectors during the 1940s. The other slides in the chest (over 100) are often found depicting accomplished people, including Dwight Eisenhower. This is a couple who were of the highest integrity. And both had contacts and activities that could have fortuitously enabled them to obtain these slides. And neither would have been the type to hide away hoaxed images as part of some sick prank, only to have those images found decades later by happenstance. This busy professional couple was also philanthropic with no propensity to prank.

Why The Slides are Genuine

Professionals from a range of disciplines who have seen the slides agree that they depict a small humanoid creature –a formerly living thing- that is not a prop nor a genetically defective human. And importantly, the being that is shown in the slides does not correlate whatsoever to the depictions of aliens extant in the popular culture of the 1940s (such as those that appeared in pulp magazines like Amazing Stories or movies like Buck Rogers) What the slides depict were not even part of the public psyche of that time. This is not how people envisioned things from outer space to look like back then. Instead, these 1947 slides reveal a being that looks like the beings found in the desert in 1947 as described by the witnesses to Roswell.

I was asked by Tom Carey to find the best available talent to test and analyze these Kodak slides. An extensive search was conducted and I found that talent. A Photo Scientist employed by Kodak for decades who will be named at the event, this expert has led engineering, production and product management groups at the company’s Rochester, NY headquarters. Now a consultant, he also published the definitive book on Kodak film processes. Highly acknowledged in his field, he conducted extensive testing on the slides and conclusively authenticated the slides of the creature as having been exposed in the year 1947. It was also concluded that the slides had not been tampered with nor manipulated in any way. What is depicted is really there, accurately reflected in the emulsion as an actual moment in time in 1947. Science has weighed in and has determined that these are real slides that are really from 1947.

And Law would agree with Science in this case. In the eyes of the courts, the slides serve as two types of legally admissible evidence. Circumstantial Evidence represents informed and reasonable inferences that can be made about a case given the specific circumstances and history surrounding it. The circumstances and history surrounding the Rays is very telling- from who they were and what they did, to where they were and who they knew. Documentary Evidence is a legal term that relates to evidence that accurately reflects a moment in time. This includes video, sound recordings, x-rays, photographs and slides.

This humanoid is not a deformed person, mummy, dummy, simian or dead serviceman. It is not a creature that finds its origin on Earth. And given that the slides of this creature were taken the very same year as the Roswell UFO crash; that the appearance of the creature matches the reported appearance of the Roswell crash aliens; and given that the person who was in original possession of the slides was a geologist working the New Mexico desert throughout the 1940’s, it is not a jump or stretch to then conclude that these slides indeed show the corpse of one of the creatures found fallen at Roswell.