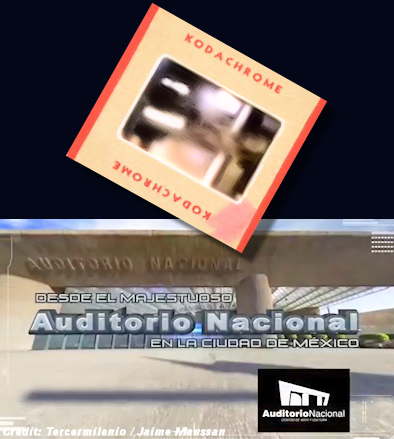 Mexico was selected to present the evidence that a craft from another world fell in Roswell New Mexico on May 5, 2015 before 10,000 people the evidence that has awaited nearly 60 years to be brought to light shall be made public, resulting from secret research that has taken place over the past 5 years.

In 1998, at a house that was going to be demolished in Sedona Arizona, a box of slides was found showing celebrities such as Bing Crosby Clark Gable and even Dwight D. Eisenhower before he was president.

The slides were stored for another ten years. The box, affected by moisture, crumbled to bits. It was there, unexpectedly, that two images showing creatures of non-human appearance were found. Literally, extraterrestrials the photographs were analyzed by experts who were able to tell they’d been taken between 1947 and 1949 due to the characteristic wrapping of Kodak slides used at the time.

It was believed that the images could correspond to extraterrestrial bodies found at Roswell, according to statements made by dozens of witnesses who claim seeing such beings. These images were later presented to a witness who saw the alien corpses directly, confirming that the images show the beings recovered at Roswell.

In 1947, the USAF announced the recovery of an alien craft at Roswell. Hours later it changed the story, saying the remains were those of a weather balloon. Researchers and authors of such books as Witness to Roswell – Don Schmitt and Tom Carey – have interviewed over 600 indirect and 150 direct witnesses and are convinced that a non-human craft fell to earth at Roswell.

The bodies were taken to various military bases along with parts of the craft, where they possibly remain to this day, despite statements by retired military, including deathbed confessions; no definitive proof had been secured to show it was all true.

The slides with alien images will be presented in Mexico on May 5 at the National Auditorium in a major worldwide exclusive. This evidence may prove that the events were indeed real. Don Schmitt and Tom Carey, the foremost researchers of the Roswell case, believe the images correspond to the events.

Edgar Mitchell will also be present at the National Auditorium event; he was the sixth man to walk on the Moon, and who by chance lived in Roswell at the time of the events. Mitchell is also convinced that the U.S. government has covered up this information and has conducted his own investigation of the facts, and will make it known at this major event.

Also present will be Adam Dew, journalist who has recently investigated the images, concluding that these match the era of the photos. Dew not only researched the images, but also those who claim having been in contact with the bodies.

3D and holographic tech will be used at the National Auditorium event to give greater contrast to the images – this technology has never been used before at a similar event. In other words, the beings will be brought to life to see them not only as they really were, but also to see them in motion.

An event of unique characteristics that will mark a before and after period in ET research. A tribute will be held for Edgar Mitchell, considered by many to be the foremost Apollo astronaut to walk on the Moon, and for all of the achievements reached as from that moment.