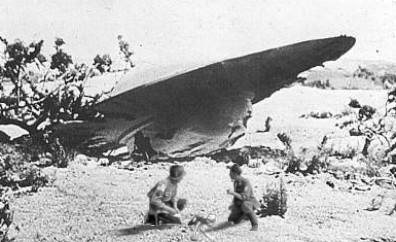 On its website (www.ufocenter.com), the Seattle-based National UFO Reporting Center (NUFORC) has accounts of 1,857 UFO sightings observed throughout most sections of Missouri since the early 1950s. Because only about 5 percent of UFO witnesses actually report their experiences, the total number of Missouri UFO encounters is, no doubt, much higher.

An account of a UFO crash in southeast Missouri preceded the well-known Roswell, N.M., crash by almost six years. In 1991, the late Leonard Stringfield, an early UFO investigator and former civilian consultant to UFO operations at Wright-Patterson Air Force Base in Dayton, Ohio, in the 1950s, published an account of an alleged 1941 UFO crash near Cape Girardeau. Stringfield’s article appeared in the July 1991 issue of his “Status Report,” a monthly publication on UFO activities and investigations. The article was based on information received from Charlette Mann, who was a young child living in Cape Girardeau in 1941. At the time, Charlette’s grandfather, the Rev. William Huffman, was pastor of Cape’s Red Star Baptist Church.

Charlette told Stringfield her grandfather received a call in spring 1941 from local police asking him to travel with them to the site of an airplane crash outside the city limits to minister to the victims of the crash. When the Rev. Huffman arrived on the scene, police officers, firefighters, FBI agents, emergency medical crew and numerous military personnel — presumably from the Army air base in nearby Sikeston — were viewing what Huffman described as a disc-shaped object, the interior of which contained a small metal chair, gauges, dials and hieroglyphic-like inscriptions and writings around the inside. He also saw three entitles, or “non-human people,” lying on the ground. Two were just outside the craft, with a third somewhat farther away. He described the bodies as hairless with large heads, big eyes, small mouths and very small ears. The Rev. Huffman said the dead individuals were about 4 feet tall and seemed to have no hard bone structure but very long arms and fingers.