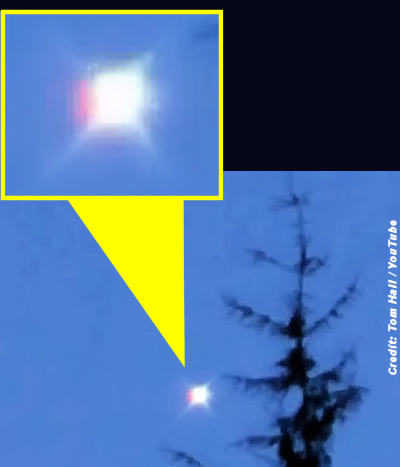 Don’t be put off by this film just showing a light moving across the sky. Try to watch all the way through and you will definitely be discounting planes, lanterns etc and like me will be questioning what this large, very bright object could have been, a planet or an actual UFO? YOU decide.

Filmed 5.25pm on 1st Feb 2015 from Kinlochard, Scotland, looking South South West. Very bright large white (reddish) light moves across sky above hills. Filmed for over fifteen minutes this was definitely not a Chinese lantern (too large, too bright and too long in the sky), aircraft (No flight path and too low and slow) or helicopter (would have seen usual flashing green/red lights and heard something but object was silent plus the way it moved tells me not this type of aircraft). It moved slowly and silently. It went behind forest trees on top of the high hills which are approx one mile away and still appeared to be quite a bit further than this. Judging distance and approximate location I would say that it was going over or flying close to Loch Lomond. . . .