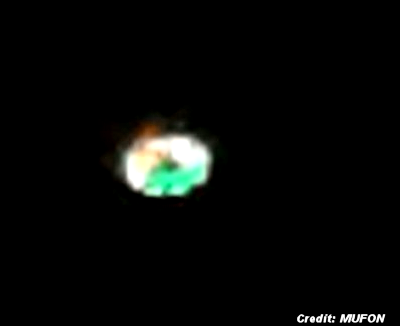 A Colorado witness attending a concert at the outdoor Red Rocks Amphitheater in Morrison reported watching a UFO circle the dark sky several times before vanishing, according to testimony in Case 63018 from the Mutual UFO Network (MUFON) witness reporting database.

The object was seen by the reporting witness and at least four others beginning at 8:57 p.m. on Friday, January 30, 2015, during the concert preformed by Major Lazer and Damian Marley.

The reporting witness has a military background.

“I feel that it is important to note that I served as a helicopter crewman in the Navy for six years,” the witness stated. “I have over 900 flight hours, most of them at sea, where I had to constantly identify lights in the distance, for aerial recon. I was also qualified as an enlisted aviation warfare specialist by my unit. I know what a normal aircraft looks like at night, and how a normal aircraft moves.”

One other witness shares a similar background.

“My friend, who served in the same unit and job with me, also saw the UFO. I did my best to take pictures and video on my iphone 4, but the quality does not do the object justice. There were five of us that saw the craft – at least. I know that one of them also recorded footage, and I am waiting for him to contact me with it.”

During the concert, one of the witnesses’ friends pointed out the object. . . .