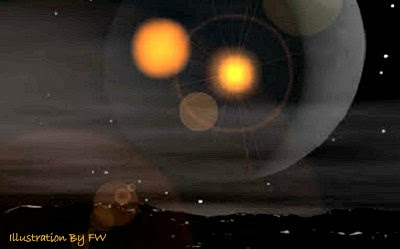 Jan. 15 began as a typical evening in Friday Harbor for Jim Dunn. He and his wife were driving north on Mullis Street planning to attend a lecture at the University of Washington Laboratories on salmon migration.

At about 6:15 p.m. Dunn noticed three orange lights in the sky. He thought a plane was making a “very low approach” to land at the airport, which he thought was odd. He next assumed the lights must be a helicopter, but there was something weird about the movements.

Dunn said he stopped his car and pulled over by Browne’s Home Center to watch the lights.

“It was three orange lights moving independently,” Dunn said. “At first I rationalized it was a drone, but they were moving too rapidly for a drone.”

He said the lights traveled roughly west above Spring Street as if coming from the harbor.

Dunn, a retired architect who has lived on San Juan Island since 2000, said it was the first time he saw something that could be considered a UFO. . . .