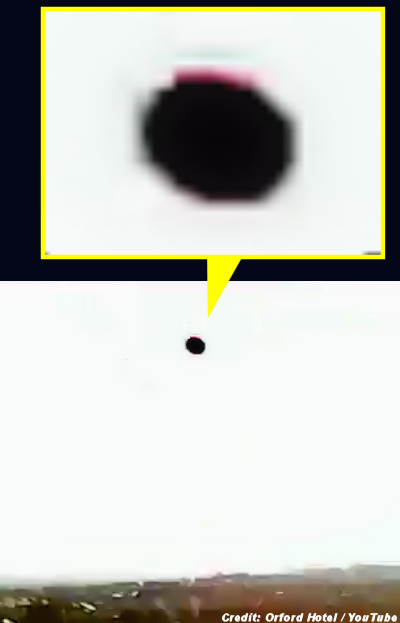 COULD this be evidence UFOs fly over the Orford Hotel?

This still was taken from aerial footage filmed by David Greatorex over the Gorsey Lane building last week.

Orford Hotel landlord Christopher Barral added: “Once the film was downloaded from the drone it has shown a surprising phenomenon, a potential UFO in Orford? . . .

“It’s a UFO, Not a Drone,” That Flew Over Nuke Plant