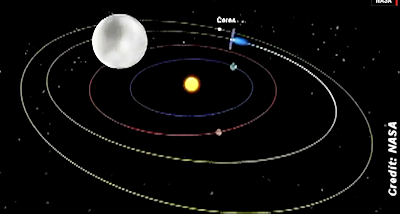 (CNN)Way out beyond Mars, but before you get to Jupiter, is a planet.

You read that right. There’s a planet between Mars and Jupiter.

You may not have heard of it, but it was discovered in 1801 — 129 years before Pluto. It originally was called a planet, then later an asteroid and now it’s called a dwarf planet.

Its name is Ceres (pronounced like series) and you’ll likely be hearing a lot more about it in the coming weeks.