A huge pyramid in the middle of nowhere tracking the end of the world on radar. An abstract geometric shape beneath the sky without a human being in sight.

According to Humansarefree, it could be the opening scene of an apocalyptic science fiction film, but it’s just the U.S. military going about its business, building vast and other-worldly architectural structures that the civilian world only rarely sees.

Nemesis Maturity from YouTube did not mentioned it in his video below, but even stranger is a Knight Templar Cross, which is a Masonic symbol, depicted on a kind of landing strip near the pyramid. 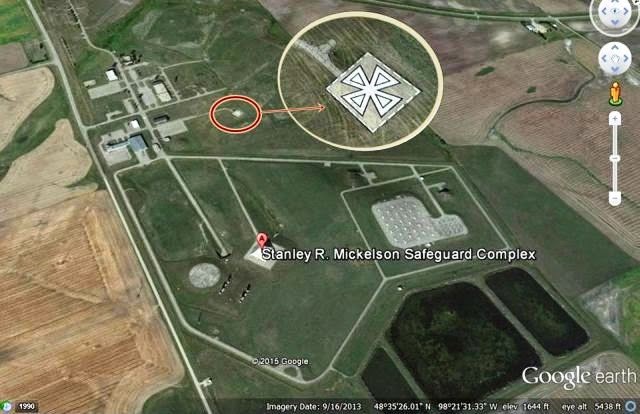 Officially, the site is deactivated and abandoned, but we may wonder whether there is still activity (military or tptb) in the underground bunker or not, accessible for example via an underground railway system which is connected to other underground facilities.

It remains a mystery.