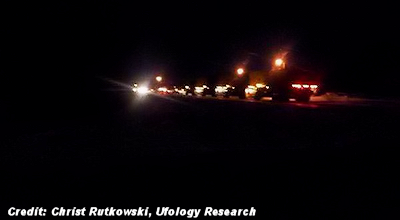 Canada’s CBC News was in touch with Canadian military who reported that the Manitoba sighting report was actually an airplane from a training exercise.