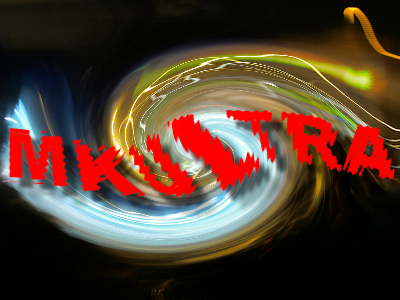 Scientists periodically express concerns about a population at large which fails to trust the scientific method and those who practice it. Such dynamics are observable within the medical community and a segment of the public which resists vaccinations, for example. We are often told the blame lies in widely accepted yet irrational conspiracy theories and a general lack of education.

That is certainly accurate to some extent, but not entirely. At least partially to blame is the fact the intelligence community (IC) has a long and well documented history of exploiting the medical field and its unsuspecting patients.

Does that justify the public spreading measles around elementary schools? No, of course not – but that is not the point being offered for consideration.

The argument being put forth is that the environment created by collaborations between the IC, medical doctors and the professional research community propagates distrust and paranoia. The lack of public education has been used by the IC as an advantage at times, it is not always to its detriment, and to cite it as virtually the exclusive reason medical science is questioned is arguably hypocritical and disingenuous. It is true that rumors and inaccurate information fuel the public lack of trust of the scientific community, but it is equally true that the exploitation of the public shares some of the blame. Stick around a few paragraphs and you’ll see one of the ways this ties directly to the UFO community.

The late Dr. Ewen Cameron served as president of both the American and Canadian Psychiatric Associations. He also received grant funds originating from the CIA and Project MKULTRA Subproject 68. While directing the Allan Memorial Institute, a psychiatric hospital located at McGill University during the mid 20th century, Cameron conducted some of the most heinous experiments attributed to MKULTRA. Exploited were individuals seeking care for or questionably diagnosed with mental illnesses. Courts awarded financial compensation to dozens of Cameron’s victims, and hundreds more were continuing to seek legal judgments as recently as 2004.

McGill’s history of covert involvement with the powers that be understandably resulted in student advocacy groups monitoring school research contracts, grant awards and related activities. In 2014 Demilitarize McGill uncovered evidence that a study and survey conducted by the psych department and funded by the Canadian military was misrepresented to its research subjects. Concerns of ethics were raised when some 80 Somali Canadians were interviewed about their interests and activities, but researchers failed to inform the subjects the study was funded by the military and designed to assist in profiling terrorists.
Earlier this month Demil McGill obtained documents and records indicating university personnel were involved in a scheme to deflect oversight and public scrutiny from their military-funded weapons research and development. The plan included professors using their home addresses as locations of businesses listed as securing contracts actually carried out at McGill. Those do not seem like the actions we should expect of administrators and researchers who wish to bury indiscretions of the past and prioritize having their work and statements accepted as high in integrity.

Among the more blatant known instances of medical professionals willfully deceiving and harming research subjects was the Tuskegee Study. Hundreds of African American men were allowed to suffer from syphilis in order to study its progression. Many were intentionally infected without informing either them or, obviously, their sex partners. The Center for Disease Control reports the 1932 study was originally projected to last for six months but went on for 40 years. The involuntary and inadequately informed research subjects were lured with promises of free healthcare, among other benefits.

In 1994 the Clinton administration launched an investigation into claims that human research subjects were intentionally and unwittingly exposed to radiation. The Advisory Committee on Human Radiation Experiments concluded that an estimated 11,000 Americans were treated negligently by their federal government during experiments, some of which were fatal. Records showed that, similarly to those exploited during the Tuskegee Study, some of the radiation victims were misled to believe the tests were harmless and they would be rewarded with free healthcare for their participation.

Next time you hear someone carrying on about how ignorant and irrational the populations are in countries that resist international medical aid and vaccinations, you might consider asking them if they are aware the CIA executed a bogus vaccination drive in 2011 in Pakistan. The ruse included recruiting a senior Pakistani doctor who was actually extracting DNA samples from children for intelligence purposes, not vaccinating the juveniles. He was later arrested by Pakistani intelligence services for cooperating with the American intel agency.

It shouldn’t be that difficult to figure out that such operations do not foster public trust in the medical community, or that ignorance and paranoia are not the only hurdles to overcome. It’s not just a matter of whether or not the public believes in the validity of the review process that approved a vaccination, it’s also a matter of trusting the motives of those administering it. Obviously, such concerns are not entirely unfounded, and, even if the occurrences of betrayal are relatively rare, they still contribute to the challenges. The covert operations are part of the origins of the misunderstandings and unsubstantiated rumors. After all, they were intended by design to be misunderstood and exploitative in the first place. That’s part of the culture that evolved.

And then there’s this. If you’ve never heard of the anti-vax efforts of Retired Major General Albert Stubblebine III and his wife, Dr. Rima Laibow, it’s not because they aren’t trying to get your attention. The couple operate a nonprofit corporation, the Natural Solutions Foundation, and a closely related website, Dr. Rima Truth Reports. A more unsubstantiated bunch of dire conspiracy theories posted by a retired career intelligence officer on a single website you may never find.

Stubblebine and Laibow inform their following of such news as vaccinations are for the purpose of turning our children into autistic worker drones. Promoted is a stance of no vaccines, ever, under any circumstances. The couple also report that the powers that be are keeping secret an ebola cure, nano silver, because they want us all to die. According to Stubblebine, there is a major plot afoot to exterminate a high percentage of the human race, leaving the elites to enjoy the planet thereafter. And so on.

Before the couple was informing the public of such important news that Laibow claimed resulted in a “serious attempt” on her life, they were high profile members of the UFO community. Laibow, a psychologist, supported the use of hypnosis as an investigative tool for alleged alien abduction and was a speaker in Pensacola at the 1990 annual MUFON shindig when the Gulf Breeze Six came to town.

Stubblebine is one of ‘The Men Who Stare at Goats’ guys and was credited with the development of Remote Viewing, as well as heading up the CIA-funded exploration of it. More recently he’s been raging about everything from 911 to chemtrails. Learn more about the couple and their ufology adventures by searching this blog or, of course, conducting an Internet search.

In March of 2012, Retired Colonel John Alexander was emailed by this writer. He was scheduled to speak at the Ozark UFO Conference, and permission was sought to interview him for a blog post during the event. He replied he would be happy to meet, and suggested to get with him at the conference.

Topics intended for discussion with Alexander, who presents himself as extremely anti-conspiracy, included the actions of Stubblebine, among other items of interest. Unfortunately, when approached at the conference, the colonel expressed that he had changed his mind and was declining to be interviewed. He suggested he felt ‘The UFO Trail’ was too conspiracy-oriented to entertain its questions.

The opportunity was taken, however, to ask Alexander how he and Stubblebine, a man he worked with directly, could have so many conflicting accounts of what took place. Alexander briefly replied that Stubblebine was his former boss, and added that he does not know why Stubblebine says the things he says.

The rest of us still don’t either, but perhaps some related issues deserve their share of attention. Among them would be the glaringly obvious: There are reasons in addition to ignorance and paranoia that people don’t trust authority. If the government and its researchers sincerely desire to be viewed with more integrity, there are steps they can take to improve the situation other than condemning the public for its lack of respect.

“. . . Beaming Voices Into Their Minds . . . Pentagon Has Pursued a Weapon That Can Do Just That”

“CIA Dumped a Phony, 17-Year-Old Disinformation Exercise Back Into the News Cycle”