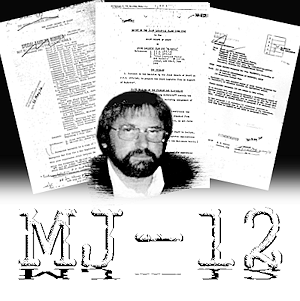 As I go through files and reports and other documents, I sometimes find a little item that was not very important a decade or two ago but that has taken on added significance. Such is a note about Barry Greenwood and the late Japanese UFO investigator Jun-Ichi Takanashi. Takanashi bought a copy of The Mystery of the Green Fireballs from Bill Moore which in and of itself isn’t all that exciting. Some of the documents that Moore had found were poor quality and difficult to read so that Moore, as apparently was his habit, retyped some of them to improve the legibility.

Takanashi wondered if the unusual dating format that Moore used in many of his letters and documents had been used in the original documents that Moore had retyped. That dating format was seen in some of them. Takanashi sent a query to Greenwood who then searched the Project Blue Book files until he located the original documents concerning the Green Fireballs. According to what Greenwood wrote in the June 1990 issue of Just Cause, “In all four cases where the documents were retyped, Moore had changed dates from the proper standard format to his own style by adding not only an extra comma to the dates but, in the case of the 9 February 1949 memo, a preceding zero before a single digit date where none had existed before!”

This is another bit of evidence that Moore had a hand in creating the MJ-12 documents. His unusual dating format has crept into other documents that he had admitted to retyping because of the poor quality of the originals. The two features, the extra comma and the use of the zero in front of the single digit dates, were not used by the military or the government at the time… For those who still believe that MJ-12 is authentic, this is just more evidence that it isn’t.

I should point out that Barry Greenwood printed this information twenty-five years ago so it has been out there for a long time. Although there are those who suggest they have found examples of government documents that reflect this bizarre dating format, it makes little difference because clearly Moore did use it. Besides, most of those other documents were created under special circumstances or by foreign military and government organizations. Apparently only Moore used it with any regularity and here it is another of his fingerprints on MJ-12. I wonder how many more we need.

Ryan Wood and the Majestic Documents