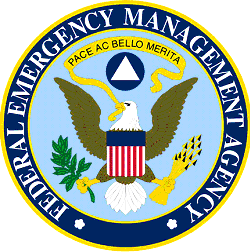 In my years of researching underground bases I have discussed several locations in previous editorials which are being used by the military and our elected officials in Washington, as a place to continue the government and military operations in the event of a nuclear attack or other major disaster. Originally these were referred to as part of the “Continuity of Government.”

One of those locations I had mentioned included Mount Weather near Bluemont, Virginia. In the event of a nuclear war, or other national emergency, the President, his cabinet and the executive branch would be located here underground. It is also the operational hub of approximately 100 other Federal Relocation Centers operated by FEMA in the United States.

Another location I previously mentioned was the Raven Rock location in Maryland, established in 1954, containing a 700,000 square foot underground facility, which if needed, would house all military departments and the Joint Chiefs of Staff.

A third facility previously discussed in my editorials, was the Greenbrier Resort southwest of Washington. That facility, secretly built “underneath the resort” could have housed about a thousand people, including all members of the U.S. Senate and House of Representatives and their top aides. It was located about 250 miles from Washington and easily accessible by air, train or car. This facility was deactivated in 1992, when the Washington Post published an article about this underground bunker, exposing it to the public. I have not yet been able to locate a replacement facility for Greenbrier, but surely it exists somewhere close to Washington.

Is it not reassuring for you to know that our top military and elected officials have places to go underground in the event of a national emergency, while you and I (the common people that pay for their well being), are most likely left to fend for ourselves above ground?

My curiosity was aroused when I realized that the three facilities mentioned above were affiliated with FEMA (the Federal Emergency Management Agency), whose Mission Statement is described as follows: “FEMA’s mission is to support our citizens and first responders to ensure that as a nation we work together to build, sustain and improve our capability to prepare for, protect against, respond to, recover from and mitigate hazards.“

FEMA does in fact show up to offer assistance in emergencies such as floods, hurricanes, tornados etc., however, there is another side to FEMA most Americans are not aware of.

Originally conceived in the Richard Nixon Administration, it was refined and President Jimmy Carter signed an executive order on April 1, 1979 that created the Federal Emergency Management Agency. In 2014 FEMA had 14, 844 employees across the country at headquarters and ten regional offices. Many former separate agencies are now under the umbrella of FEMA, and that agency is constantly growing in size. Under President Obama’s fiscal 2015 budget proposal, the Federal Emergency Management Agency would receive $10.38 billion (that’s billion with a B), up from $9.96 billion enacted for this year. FEMA only spends a small percentage of it’s budget on national emergencies, while a much larger portion is used for the construction of secret underground facilities to ensure continuity of government in case of a major emergency, foreign or domestic.

FEMA’s administrative headquarters is located in Atlanta Georgia and their tactical headquarters are located at Mt. Weather, mentioned above in Bluemont Virginia. What lies below the surface is quite different from what is seen on the surface above ground, with well-kept government communication-type office buildings with antennas and microwave relay systems. This facility has been referred to as the “hidden parallel government” of the United States.

FEMA, as one might suppose, has the most advanced communication and data compiling technology available. Their massive data bank includes information on practically every citizen in the U.S., and your name is most likely in that data bank they maintain. There is another list of individuals FEMA maintains that your name is not on. That list comprises about 10,000 people, in addition to the President and his selected staff, who are considered “essential” people to insure the rebirth and continued survival of the country after a nuclear war wipes out the rest of us. I guess my question would be, “Who will these essential people govern if we’re all gone on the surface?”

Among other things located underground at this facility is a mass transit system. Since Mt. Weather is the hub of a network of about 100 other underground facilities, connector routes allow for quick relocation of personnel to the other locations.

Many of our military complexes in the United States have underground facilities, as do other countries around the world, which is understandable to me considering that due to the use of satellites, much of their secretive work can no longer be done above ground. As an example White Sands, N.M., Area 51 in Nevada, Edwards Air Force Base in California and many more military bases around the country all have massive underground facilities in use.

There is much more that FEMA is responsible for than I mentioned in this brief account, and I can assure you most of it has nothing to do with aiding citizens in times of weather related emergencies and disasters around the country. The majority of Americans are unaware of the massive size of FEMA, and more frightening is the power they possess to control our lives.