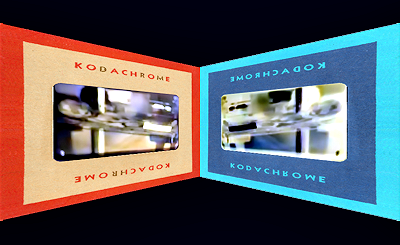 The hypocrisy of this situation is beginning to get to me. On the one hand, we are told that there is a witness who was in Roswell in July 1947 who saw the alien bodies and he said that the slides show what he had seen or at the very least it looked like what he had seen. On the other we are condemned for naming him as if his credentials are unimportant beyond what we are told. He was there in 1947 and we should just accept this fact according to the narrative that is developing.

Well, his name wasn’t all that important when he was one of many voices talking about the events of 1947. When he is identified as tying the alleged bodies recovered in Roswell to that depicted on the slides, his voice becomes more important. And now we are told that he was a lieutenant, maybe in Roswell or maybe later all because of a possibly misunderstood question or answer. That is certainly not outside the realm of possibility and if you looked at my military record in the summer of 1967, you’d see that I was a PVT E-1, or the lowest of the enlisted grades and in that summer the lowest of the low, which is a basic trainee. I did get promoted along the way and if you looked at the summer of 1968, just a year later I was a Warrant Officer WO-1. So he could easily have been commissioned at some later date.

However, I don’t think anyone has checked on any of this. I believe that when his name appeared in the Yearbook along with his picture that was enough to prove his credentials. When it was shown that he was a member of the 390th ASS that sort of underscored those credentials because he served under Major Edwin Easley, the base provost marshal and Easley was responsible for security on the base. At least Benavides was in a unit that had that function as opposed to a guy who had been a cook and told his family about his experiences.

Here’s something else. Easley complained that his units had been decimated in 1947 (and yes I used that term on purpose because a very large number of his soldiers were transferred). According to the Unit History, the military police organizations including the 390th, had their soldiers transferred at a high rate. This began in May 1947 and continued until at least August. Easley was complaining, in a letter in the Unit History, about his trained soldiers being replaced by those who were not as well trained. The numbers show that the soldiers assigned remained steady, it was just that for those moved out, others were brought in. A man who had been in the unit in May might have been gone by the end of June but his picture could be in the Yearbook.

The Unit History also tells us that the Yearbook was created during that same period and that it was sent off to the printers in August to be returned in November. Walter Haut, who had the responsibility for the Yearbook told me that ten to twenty percent of the soldiers assigned were absent, which is irrelevant here because Benavides does appear in the Yearbook. It is possible, though, that he wasn’t physically present in July 1947, that he was transferred out before July or transferred in afterwards. It might be that he wasn’t there at the right time.

There is a secondary issue and that is the rank. Adam Dew tells us that he was told Benavides said he was a lieutenant. This can be checked as well. The National Personnel Records Center in St. Louis is where all military records are stored once the military person is no longer on any of the variations of military duty including the National Guard and the Reserve. Although what can be released is limited by the Privacy Act of 1974, it would give us the highest rank obtained and should provide us with information about his length of service and might even give the dates of his various military assignments. This would provide some of the answers and is something that should now be standard in investigating claims of military service. It might provide the date on which he was assigned to the base or the date he transferred out. It would provide us with a glimpse into his military career, which at this point is quite important.

The Morning Reports would tell us if he was gone at the critical time… but there is a catch. These are also located in St. Louis and they just don’t respond to requests for that data quickly, they will only provide them for a 90 day period and they now charge for the information. If we had someone in St. Louis, he or she could visit the archive and get the information faster I believe… if not, it will take months to get an answer from them and then it might be wrong.

And yes, I have written for the records, which will also take months with little hope of getting the information needed. Without a serial number, it will be more difficult, but sometimes with this I get lucky.

So, here’s where we are. Apparently only the chosen have the right to question a man whose story is becoming more important. For the rest of us, we are required to sit back and believe what we are being told. I understand that protecting the witness is their goal, but they are the ones who have pushed him to the forefront. And, let’s not forget he has appeared in two or three documentaries, one of which basically identified him. He was mentioned in one book that provided enough information to identify him. So, all this nonsense about violating the privacy of a 90-year-old man sort of sailed when he appeared in the documentaries. That is the hypocrisy of all this.

I will note one thing in passing. It is important to get the documents from an independent source. We had Frank Kaufmann’s discharge papers that seemed to verify what he was saying. It just never occurred to me that he would alter them. I believed that man who was a Special Forces officer would tell the truth, not thinking, in the early 1990s, someone would lie about that. I tumbled onto Willingham because I requested his records after I learned that in some thirty years everyone thought someone else had done it. I told MUFON that I would happily attempt to verify the military records of those who claimed military service, but they were not interested in that. So I say, let’s look at the records to see what they say before we all go off half- cocked.