On January 29, 2015 a UFO that resembled a flying horse has been captured on webcam close to one of Mexico’s most active volcanoes, the volcano Colima – situated between the western Mexican states of Colima and Jalisco.

Again, the webcam captured several UFOs next to the volcano on February 23 and 24 and on March 02 and 04, 2015 discovered by a UFO enthusiast. 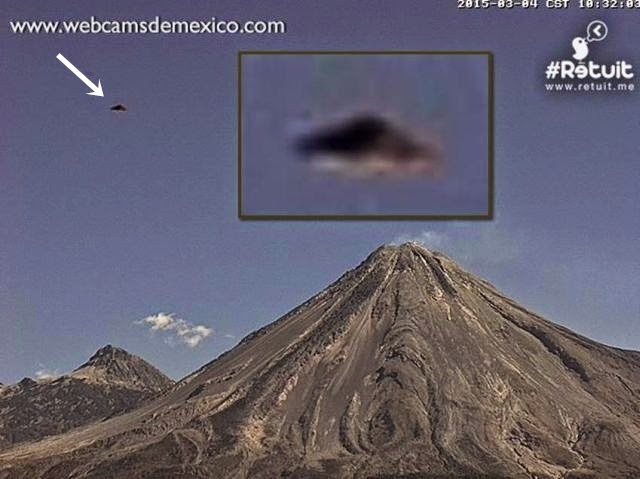 The other photos are of different sightings on different days. 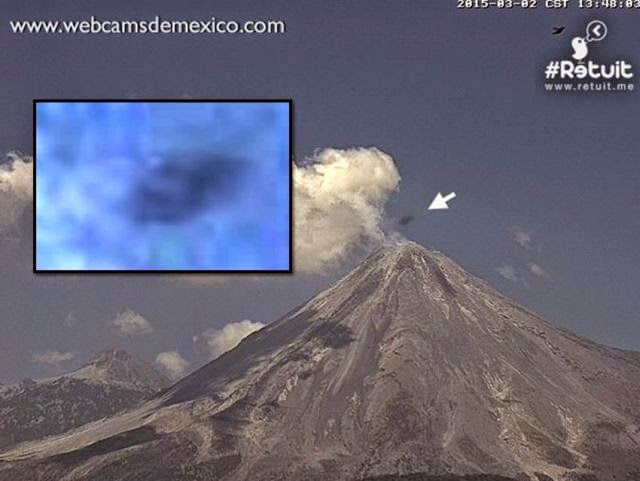