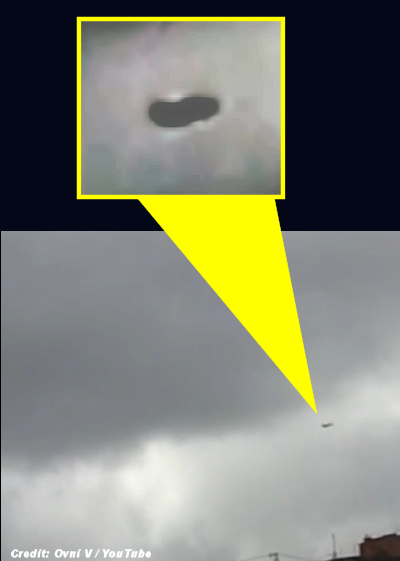 The video was made by Francisco Lemus, on March 2, 2015 at 09:29 am (HLV) with a smart cell phone while traveling on major highway, linking west to the east of Caracas.

In it you can see a dark, elongated object over the mountain. A specialist in aerospace, who asked not to be named, hesitated on the nature of the artifact and noted that the characteristics presented, does not appear to resemble any known aircraft. . . .