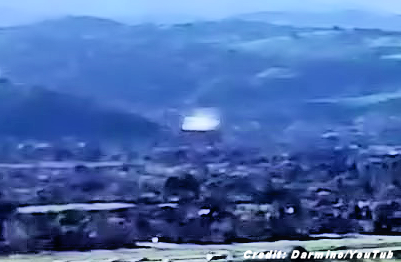 A drone flying near California’s Silicon Valley captured video of a UFO shooting across the sky at incredible speed.

It’s unclear when the video was recorded. But the operator of the DJI Inspire 1 drone uploaded the four second UFO video to the video sharing site Vimeo on the night of Thursday, March 5. The drone was reportedly flying at an altitude of 265 feet when the unidentified aerial object whizzed through the sky.

The DJI Inspire 1 drone is equipped with a 4K camera. And, fortunately, the drone operator uploaded the video in its full 4K quality. But, despite the video’s 4K resolution, little detail is visible because the UFO moves so rapidly. . . .