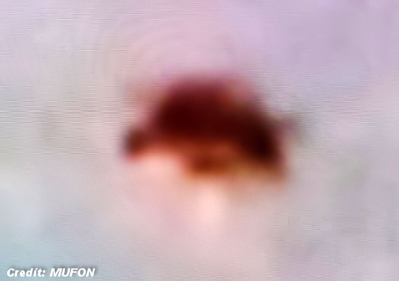 A Wisconsin witness at Madison reported watching and videotaping “two reddish-orange objects” that quickly disappeared, according to testimony in Case 63958 from the Mutual UFO Network (MUFON) witness reporting database.

“I noticed two objects in the sky that had a reflective, reddish-orange color,” the witness stated. “I very quickly realized I was seeing something unique and unusual.”

The witness pulled out a cell phone and recorded a 10-second video of the objects.

“It was there in the sky and it was gone from the sky. Thinking this has to be something explainable I reviewed what I recorded. The video is so fast that you have to slow down the video by 50 percent and go frame by frame.” . . .