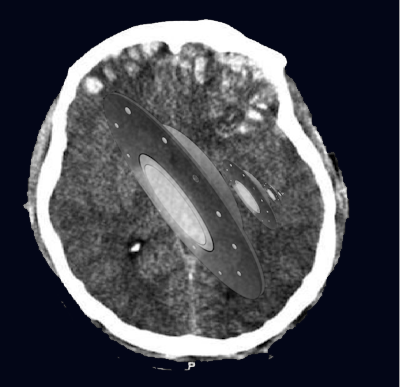 It occurs to me, as I scrape the crust from my eyelids and glance at the March calendar over there, that I haven’t posted a single item this month. So I have a confession to make. I blacked out on March 4, somewhere around the second sentence of a blog by Alan Boyle on NBC’s website. The part where it said “Surveys consistently show that about a third of all Americans think alien spaceships are real.”

Boyle posted a link to a 2012 National Geographic Channel survey about UFOs — not “alien spaceships” — in which 36 percent of respondents said they “believe” in UFOs, whatever that means. To fill up the rest of the white space, he threw in the old appeal-to-authority fallacy with this graph:

“‘Why is the evidence so poor?’ said Seth Shostak, senior astronomer at the SETI Institute and director of the Center for SETI Research. ‘One really good case might clinch it for them.’” I remember reading that part just before I hit the floor. (Shostak has made a career of saying there’s no good UFO evidence, but when presented with evidence, he recuses himself from reviewing it on the grounds that he’s not an expert.)

Anyhow, here’s what I think happened immediately after ingesting the latest corporate jellybeans. I think I’d been pretending for way too long that my capacity for absorbing the dreck that passes for UFO coverage in America was infinite. I thought the human brain had no need for bilge pumps, that it could just soak up every last drop of pointlessness without consequences, that everything you didn’t need would auto-purge via aeration or some other natural process requiring no manual input. Instead — with a final hosing from NBC — the sludge evidently slopped over its containment walls and splashed onto some neural circuitry. A pop and fizz of sparks, a thin puff of smoke, flickering lights, and that’s all it took to crash the whole system.

When the skilled technicians who huddled with me in recovery showed off what remained of the filter, the results were gruesome. The screen was clotted in decades of gnarly slag, an opaque buildup of winks & nods, cliches, puns and hyperbole; the entire unit had to be replaced. Medical professionals suggested I quit De Void altogether and try filling the cleared space with something of value, something tangible or, failing that, something with a healthy resolution as a possible outcome.

I suspect they’re right. De Void began reviewing what passed for headlines on The Great Taboo over the last two weeks and realized I hadn’t missed anything. Some people were still arguing about the Roswell alien slides, even though they’re not going to be released for another two months. That’s an efficient and productive use of time. And there were the usual unending squabbles over the authenticity of still and video images at home and abroad. The only person trying to forge new ground was Jimmy Kimmel, whose job as a comedian gave him cover to nudge President Obama into a shallow conversation on UFOs. Safely cushioned with the prerequisite good-natured gibes and audience laughter, the exchange mirrored his 2014 chat with Bill Clinton, which left the hard-cores combing through scraps of body language to interpret for clues to the truth.

So this is the first day of the rest of my life. It’s St. Patrick’s Day and I’m still alive and I’m grateful for this second chance. It’s time to save my brain and start writing about little green men.

“…The Pathetic State of The Mainstream Media’s UFO Coverage”

The Missing Times – News Media Complicity in the UFO Cover-up