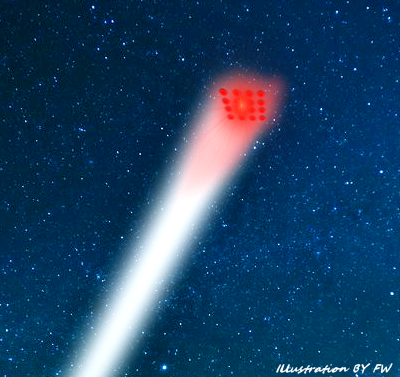 Did you spot it? Residents report “Strange lights” over Exeter last night

Residents living in the Cowick area of Exeter have reported strange lights in the sky over the city at around midnight last night.

One woman in Somerset Avenue described the phenomenon as a stationary “square of little red lights with a beam of light being directed toward the cattle market area.”

She added that it was too large to be a helicopter. . . .