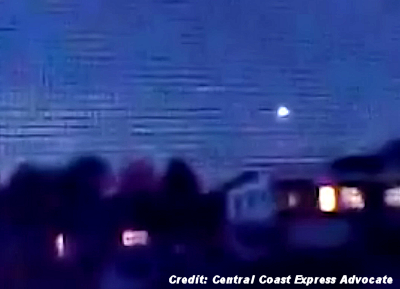 It was bright, swerving and dipping at an incredibly high speed. And then, suddenly, it disappeared without a trace.

For teenager Josh Elton and his family in Gorokan, in the Central Coast, this brief sighting in the sky was enough to make them wonder if they had seen a UFO

“We were just sitting on the lounge last Thursday night, about 7.30, and my younger brother and I saw what we thought was a plane flying really low,” Josh, 15, said.

“It was swerving all around as we looked out to San Remo, and I really thought it was going to crash.

“My family and I have never seen anything like it before. Mum initially thought it might have been a meteor, but there has been nothing on the news about something like that hitting the Central Coast.”

Josh captured the eerie encounter in a 12-second video on his iPad. . . .