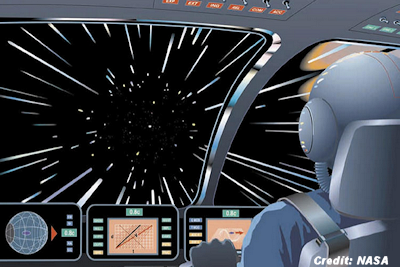 NASA is reportedly working on technology that could take us to the moon faster than a cross-country flight.

Potentially good news for those who want to zip around our solar system, and beyond, at speeds approaching that of light — and maybe even faster.

NASA, according to NASASpaceFlight.com, is quietly claiming to have successfully tested a revolutionary new means of space travel that could one day allow for such insane speed, and to have done it in a hard vacuum like that of outer space for the first time.

The technology is based on the electromagnetic drive, or EM drive. . . .

Man Works on Warp Drive in His Garage