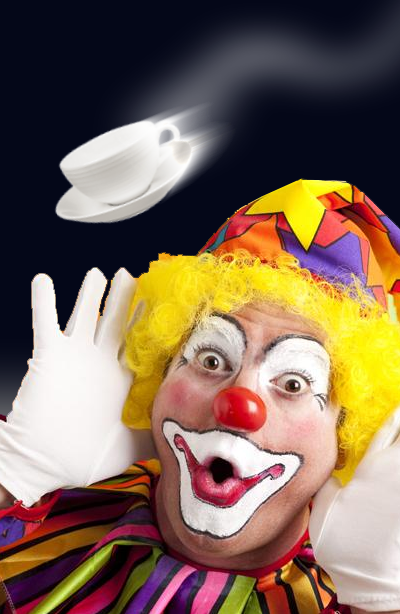 Scott Waring of ‘UFO Sightings Daily’, a website very supportive of the possibility of an alien presence, was among the latest to promote fictional material originating from an entertainment-based website as news. Such sites have become widely known as satire sites and exist for various purposes, all of which pretty much involve drawing site visitors and routing web traffic.

Last July ‘The UFO Trail’ published a post on former UFO community regulars Dr. Rima Laibow and her husband, Ret. Gen. Bert Stubblebine, who are currently making all the noise they can in the anti-vax movement. The post last year explored Laibow’s citation of a source, the Wyoming Institute of Technology (WIT), for rather extraordinary information contained in an article she published July 7. WIT, as its acronym suggests, turned out to be a satirical website. The story Laibow cited was clickbait for all practical purposes, but its author no doubt appreciated the shout out.

In a similar turn of events, just last weekend a FIFA official charged with corruption took to the Internet to plead his case – and cited as supporting evidence a piece from ‘The Onion’, a well known satirical website. Jack Warner, one of 14 officials charged by the Justice Department, waved a printed copy of an article from ‘The Onion’ while proclaiming his innocence in a video. The article cast the U.S. and its international football interests in questionable and unbecoming contexts, thus Warner printed and presented the otherwise dubious information.

Back in ufology, Scott Waring published a May 25 post at ‘UFO Sightings Daily’ in which he cited a report of an anonymous pilot allegedly snapping a photo of what was represented as a UFO “sucking” water from a California lake. The report kicked up a discussion at UFO Casebook forum, where member SysConfig aptly pointed out some vetting was in order of the original source, a supposed newspaper titled the ‘Nevada County Scooper’, cited by Waring for the sensational tale. Yep, it was the ‘Scooper’ that broke the story.

A few clicks of the mouse later, a page was located containing the ‘Scooper’ terms and conditions, which included the following clarification:

This website is humorous in scope and intent. It provides fake news in a comedy setting. If you are offended, go away you worthless cretin and consider doing something else with your time rather than looking at the Internet.

Other not so subtle clues to the satirical nature of the ‘Scooper’ was its description of a manager, Louis “Lou” LaPlante. He helps keep the team “from spending all the profits on booze.”

Satire was also apparent in the website’s guidelines for acceptable use, located on the same page as the terms and conditions. The guidelines included, “Don’t stalk people unless you like restraining orders,” “Use good manners or we’ll delete your stupid comment and ridicule your upbringing,” and “Inane, obscure and/or irrelevant comments are all OK as long as you follow these rules.”

As of this post, current items on the main page of the ‘Scooper’ include a chemtrail forecast. Also offered for reading pleasure are ‘New DMV Photo System Promises Faster/More Hideous Pictures’ and ‘How to Roast a F—— Whole Chicken’.

When pushed on the satire issue by a reader, Waring rather incredibly replied on May 28 he was “finding a little proof of made up stories” at the ‘Scooper’ and he was “still looking into it.” This wasn’t the toughest, most time consuming investigation to conduct, folks.

Waring had submitted comments to the ‘Scooper’, inquiring about more details of the alleged sighting. The webmaster responded there were additional witnesses and such, and to please share the article, all of which Waring quoted in an update. This writer then submitted comments to Waring and ‘UFO Sightings Daily’, informing his readers the ‘Scooper’ was a satirical website. A link to the terms and conditions as cited above was included. The comments never appeared, but Waring did mention that the “NSA often leave comments” at his website and he will delete them when he sees them.

Apparently knowing a good thing when they see it, the ‘Scooper’ doubled down and published another fictional article May 27 about a pilot photographing a UFO. Waring ran with that article as well.

“The site itself does have some satire,” Waring wrote, “so caution is noted here.”