Chinese monks have spotted a mysterious flying object in the grounds of their monastery captured on surveillance footage. 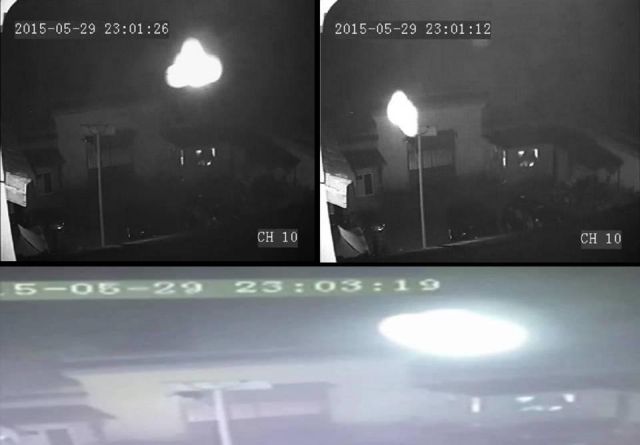 Monks said that they were alerted to the UFO when it flew into the hall of the temple in Anhui province, setting off security alarms on Friday night.

Father Shi Xingkong said: ‘When I heard the alarm, I got up to turn it off before going outside to check and didn’t see anything unusual, it was only when I looked on the monitor that I could see the UFO.” reported Chinese People’s Daily Online.

The mysterious glowing object has left monks at the temple completely baffled.

A meteorological expert has ruled out ball lightning and says it may have been a bug flying close to the camera. (translated).