Petroglyphs (also called rock engravings) are ancient pictogram and logogram images created by removing part of a rock surface by incising, picking, carving, and abrading and mostly tell the story of creation.

The most common themes on rock engravings are large wild animals, such as bison, deer, horses, aurochs, and human-like animal hunters.

In the latest image captured by Curiosity mars rover, despite the deliberate poor quality of the photo, we see a rock representing what looks like a symbol of an animal hunter engraved into the rock. 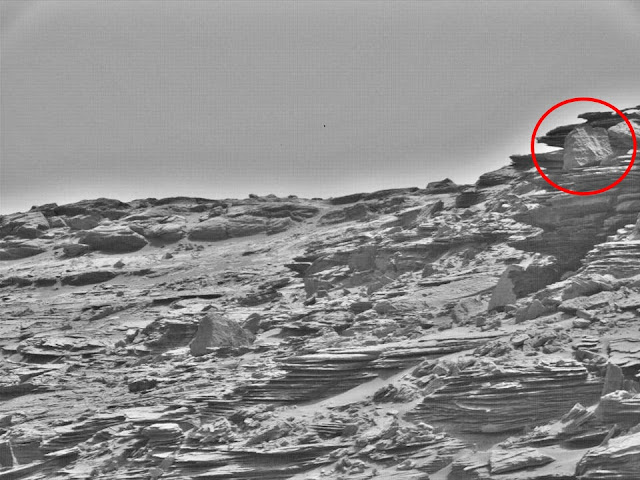 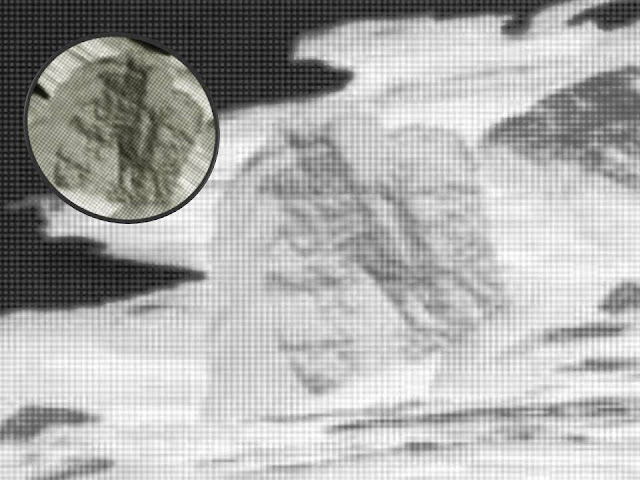 Of course, it may just be the imagined perception of a pattern what actually does not exist (paradoleila) but then I wonder why the same rock spotted on a thumbnail color image has been blurred by NASA. Even the color image is only 160×144 pixels it seems NASA’s artists have done their job quite well. I have enlarged the color image in which you can clearly see the blurred spot which covers the rock. 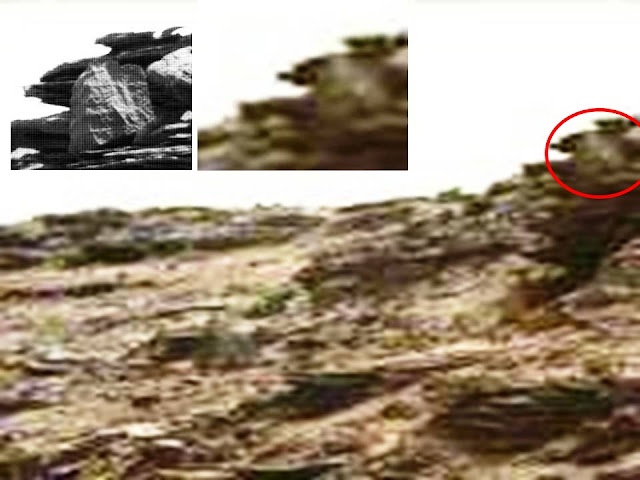 So, is this Mars rock with its engraved pattern of an ancient animal hunter a sign of the past or is it just an illusion? 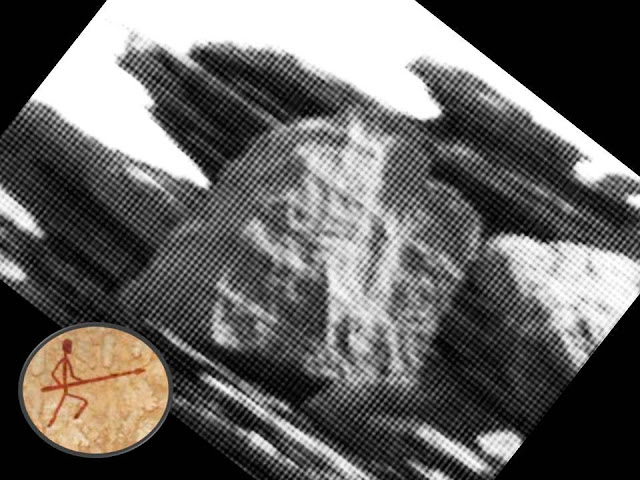 It is interesting that similar symbols are found in different parts of the planet Earth created in timelines where the people could not have possibly interacted with each other.