We were recently contacted by a man who says he caught several mysterious white orb UFOs on video over Lake Tahoe during a recent vacation. He is adamant that the movement of the objects proves they are not balloons, and he believes they are something much more mysterious.

On April 10, 2015 at about 6 pm, while on vacation at Lake Tahoe, Mario Cazares says he saw 7 luminous objects floating high in the sky. They were changing position and flying at different speeds. He tried to record them, but it was so bright out that he could not see his video screen, so he just shot his camera in their direction and hoped for the best.

He says when he watched the video he saw that there were more than seven similar objects in the sky. The UFOs are hard to spot, but he says if you use at least a 24 inch monitor you can see them.

On May 7, 2015, he began to post the videos on YouTube under the name Daniel Neamtu. Cazares says the profile photo on his YoutTube channel is his son.

On his video, Cazares writes, verbatim, ” ET on vacation the light are very small.”

Cazares believes the objects seem to be hiding in the clouds, almost as if they knew he was filming them. He is certain they are not balloons, because he says they changed direction, flew at different speeds, and seemed to move in and out of the clouds purposefully. 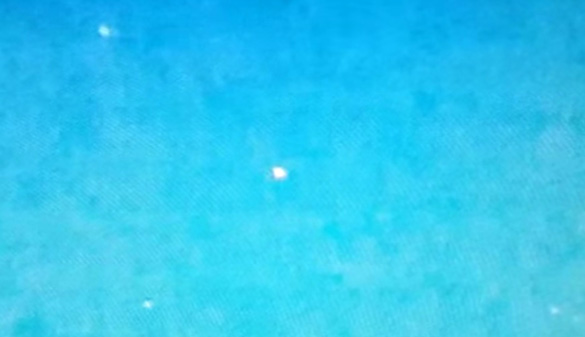 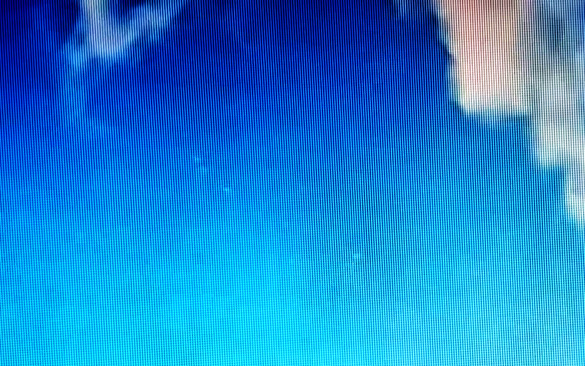 Enhanced still frame from the video showing several of the white orb UFOs near the clouds. (Credit: YouTube/Daniel Neamtu/M.Cazares)

He calls them lights, but he thinks they also might have been reflecting the sun.

Over the next few days, Cazares posted several videos of the objects, and in a couple videos he slowed them down so they can be seen better. He says, to see them best you have to pause the video periodically.

Small white orbs are a common type of UFO, especially in daylight sightings. Similar objects created an online buzz when a news reporter in Colorado said he went out to do a story on the objects being spotted in the mountains when he spotted them himself. 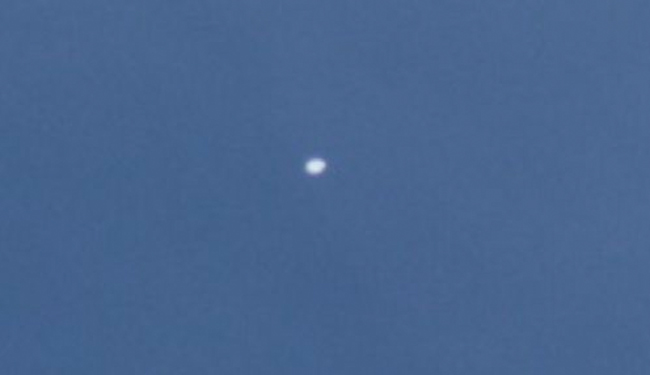 Some reports of the white orbs have turned out to be balloons, including a report by a man who, after investigation, debunked his own sighting. He says it turned out to be a Google balloon, which can change speed and direction.

However, like Cazares, and the Colorado news reporter, witnesses have said the objects moved very fast, changed direction, and hovered for long periods of time before taking off, all indicating to them that the objects are not balloons.

Even more strange, some people believe they can summon these white orb UFOs. This is the topic of an upcoming documentary called, The Summoner. 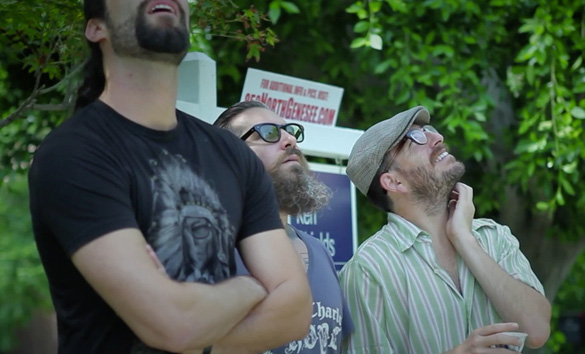 Looking for UFOs after a summoning. A still from the documentary The Summoner from ExtraordinaryBeleifs.com. (Credit: Jeremy Corbell)

Balloons or ET? You be the judge. Take a look at the video and tell us what you think.

As for Cazares, he is convinced he caught something beyond explanation in his videos. He says, “This is the real stuff.”