An unknown massive shining object has been spotted in a NASA image. 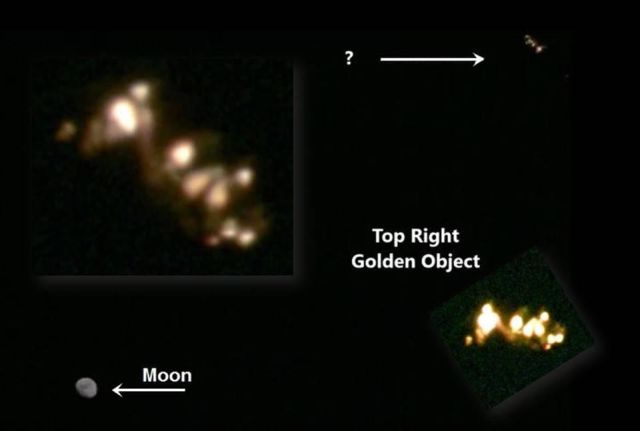 Streetcap1 has turned the object 90 degrees on several frames to get a better idea of it’s construction. The first two frames have a 180 degree turn.

The object only appears on one photo from a series of photographs that show the same region in space which would mean that the object has moved during the photo shoot.

Since the space photo was taken in 1970, a time when there were only a few satellites we assume that the object is of extraterrestrial origin.