Last April, witness recorded strange sounds in the skies over Japan. During the event an unidentified flying object appears and after few seconds, disappears again. 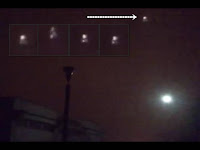 Probably the witness did not notice the object as he only speaks about the sound which he explains as follows:

The sounds are the jet streams. Due to changing weather patterns across the globe the jet streams travel at near the speed of sound sometimes. When they dip and eddy in the atmosphere, they are strumming across a much slower moving layer of the atmosphere and causing a noise, just like a bow drawn across strings of a violin, it makes a vibration (frequency) which can actually be heard.

I’m not sure whether the sound comes from jet streams 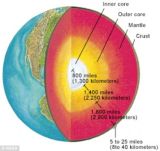 In our article ‘Increased Earthquakes, Strange Noises and Sinkholes: Secret Inside the Earth’ Linda Moulton explains, it’s more likely the origin of the sounds come from the inner earth and then bounce back to earth which indicates that something is going on inside the earth.

In the same article Linda points to unidentified flying objects that appear during strange sounds and booms.

Video: UFO in the upper right corner around 1:48 mark.