Tulum is the site of a Pre-Columbian Maya walled city serving as a major port for Cobá. The ruins are situated on 12-meter (39 ft) tall cliffs, along the east coast of the Yucatán Peninsula on the Caribbean Sea in the state of Quintana Roo, Mexico. Tulum was one of the last cities inhabited and built by the Mayas.

The Tulum ruins are the third most-visited archaeological site in Mexico, after Teotihuacan and Chichen Itza. 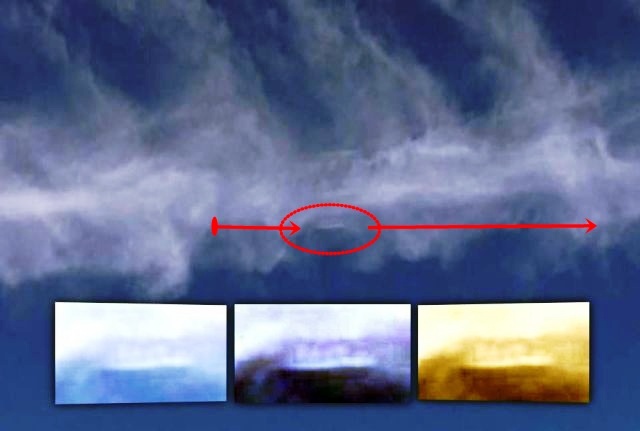 The site not only attracts tourists but also UFOs. Often unidentified flying objects are seen over the ruins.

Last month a tourist explained “My wife was lying on the beach near the Tulum archaeological site when she told that she saw weird mysterious flashes in the sky, so I took my camera and filmed the sky for a long time. At first glance I saw nothing than clouds but after looking the video again I noticed some strange flashes in the clouds.”

Below video shows the almost invisible flashes (UFOs) moving from left to right through the clouds, including other remarkable unidentified flying objects captured over the Tulum ruins.