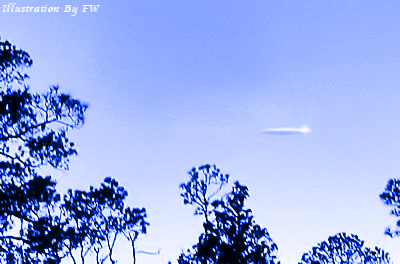 A Texas witness at San Antonio reported watching a “massive” cigar-shaped UFO crossing the sky that moved into a dark cloud and disappeared about 2:40 p.m. on June 1, 2015, according to testimony in Case 66096 from the Mutual UFO Network (MUFON) witness reporting database.

The witness was in the Stone Oak area and driving along Hardy Oak Boulevard when the object was first seen.

“I looked up for no reason and there was a large ship traveling east to west across the sky,” the witness stated. “We’ve been under floods for a month here in Texas. It’s been a disaster and we hadn’t had a semi clear day in a month. There were large billowy clouds but mostly clear in some parts.”

The witness could not identify the object.