Yesterday we reported about a possible circular UFO hidden in a cloud captured over Texas, yet another UFO was photographed in the sky over Georgia.

As I always take pictures of clouds I stopped the car and stepped out of the car to take a second picture of the cloud. At first I did not notice the object, just the cloud.

To my amazement, I seen this grey metallic triangle-shaped object, with the top disappeared in the clouds. I did not even hear anything when I stepped out of the car to take a picture with my cell phone.

It is not a reflection. One picture I took through the windshield of my car and the 2nd picture was taken outside my car. Mufon case 66348.

The second image:
The image photographed through the windshield. Besides the triangle UFO, notice the second smaller UFO and a strange formed cloud which I have marked on the photo. 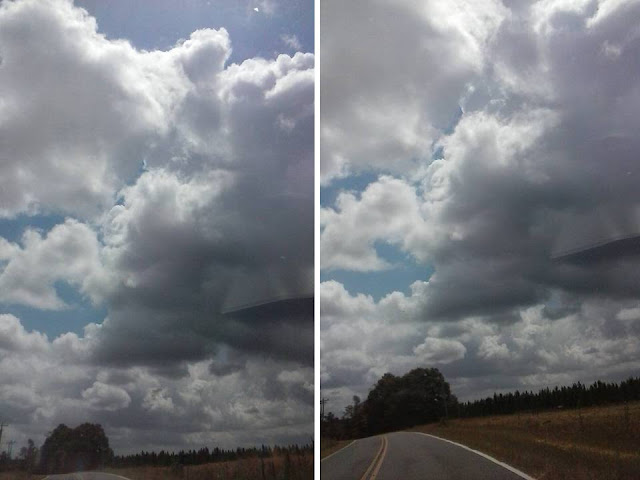 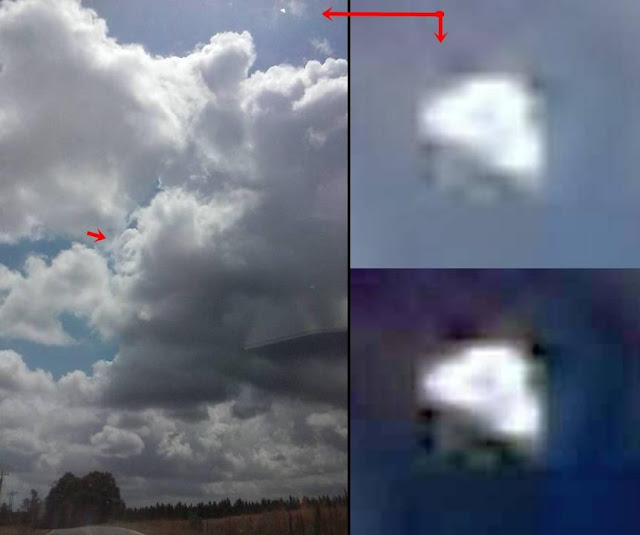