A Virginia witness at Fairfax reported watching a large, square-shaped object with bright lights at four points and a centered red light on its bottom side, according to testimony in Case 66278 from the Mutual UFO Network (MUFON) witness reporting database.

The incident began about 12:40 a.m. on May 25, 2015, when the witness and his daughter had a strange feeling about their environment and decided to explore the area on foot as a ghost hunt. 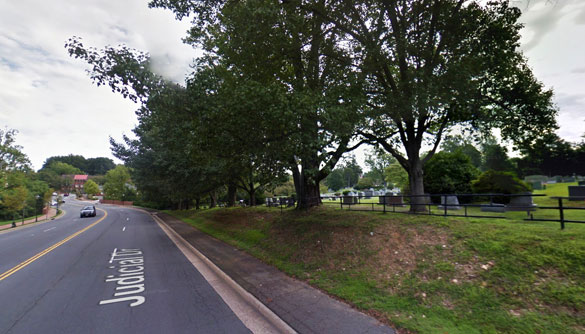 The witnesses first noticed lights at a distance that were not blinking as they were walking near a cemetery. Pictured: Fairfax, VA. (Credit: Google Maps)

“We observed the sky and the few clouds that were there moved at a strangely unsteady pace, the moon looked blurry, and there was a breeze that had a feeling of uncertainty attached to it,” the witness stated. “There are three graveyards within a very short walking distance of our home and we frequently go ghost hunting (with great success) so we thought maybe there was something paranormal going on.”

The two first walked to a large, grassy park near the graveyards and behind their home.

“It is an open area with very little light interference at night and there is a great view of the sky. We stood out there for several minutes to try and get a feel for what may be going on and it felt a little creepy, as if we were being watched.”

“Immediately after the second one, I looked to the north/northeast and saw what I thought may be a large airplane in the distance. The only thing that seemed odd was that there were two large, bright lights and they were not blinking.” 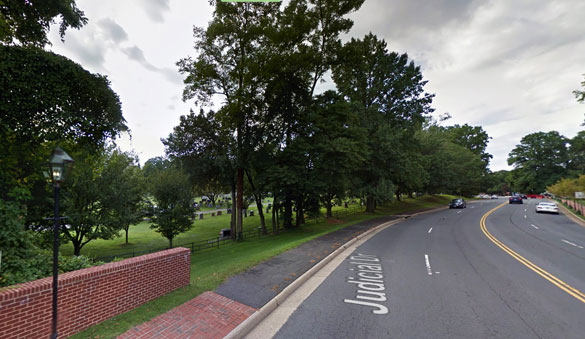 As the square-shaped UFO moved closer to the witnesses they noticed there were actually four bright lights, one at each corner, and a red light centered on the bottom of the object. Pictured: Fairfax, VA. (Credit: Google Maps)

The witness asked his daughter to look at the object as it was moving at a slow pace and toward them.

“It appeared to speed up a little and finally got close enough for us to see that it looked like a giant black square. Because it was dark out, it was difficult to see any details except for the lights on it.”

“As it flew slowly and quietly with absolutely no sound less than two miles above our heads, we noticed that there were two large, round, bright lights in the front not blinking, one small red light on the bottom blinking very slowly, and two large, round bright lights on the back blinking in unison every couple seconds.”

The two began waving their hands and shouting at the object.

“The craft slowed down temporarily over our heads, and then slowly increased speed again to continue on the straight path it was flying. It flew away at a pace slower than any airplane I have ever seen, and when it got a few miles away, we saw that it had stopped and was hovering. It stayed there for about a minute, and then slowly increased speed again, eventually disappearing from our sight, although it was a great distance away when we last saw it, thanks to the large bright lights.” 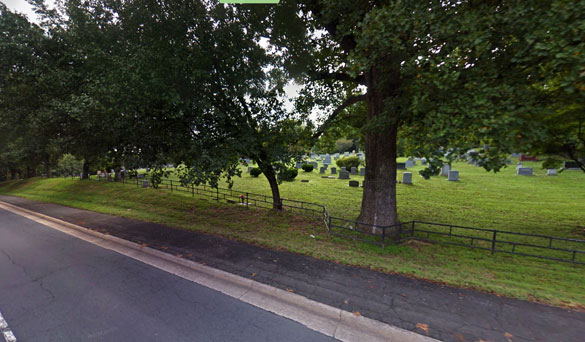 The craft slowed down for a moment, but eventually moved away at a slow pace. Pictured: Fairfax, VA. (Credit: Google Maps)

Fairfax is an independent city in Virginia, population 22,565. Please remember that most UFO sighting can be explained as something natural or man-made. The above quotes were edited for clarity. Please report UFO activity to MUFON.com.