On 03-28-06, the UFO Casebook received a photograph from a reader. The December 20, 2005 photograph purportedly shows an alien being partially hidden in some brush. I enlarged the area in question, and enhanced the area which revealed in fairly good detail what does appear to be that of a being certainly not of human origin.

Along with the photo, which is a really nice one I must say, a few details were given. I have written the sender asking for more information regarding the taking of the picture. If and when I receive this info, I will post it to this page.

Here are the details that I have at this time. We didn’t really take the picture for the alien, we realized afterwards that it was there. We were over the Arctic Circle, and we were alone, no one within 50 kilometers. We were traveling in a snowmobile. What you see as the main subject of the photograph is an iced over river. 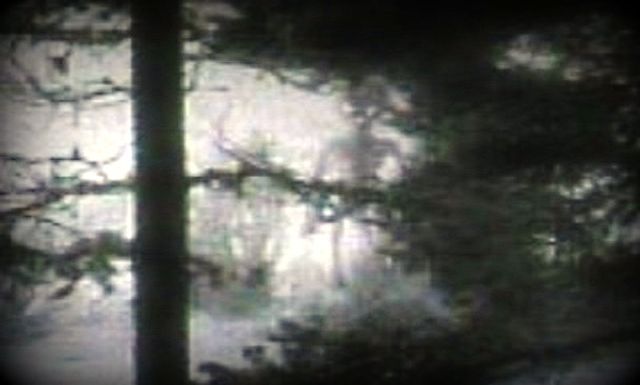 Updated Information: 04-06-06 After sending a request to sender for more information, the UFO Casebook received the following information on April 6. I don’t really have much more details on that day. I can say that it was a snowmobile ride with some friends, we were 200 km up to north circle, between Sverige and Norway, the nearest city was Kiruna.

The photo was taken with a Nikon 5400 with no zoom and it was around midday, of the 20th of December 2005. Nothing strange happened, it was -20°C, and silence all around with some wild animals. That’s all, we realized there was something showing in the photos some months later when a friend of ours kept saying there was something strange in that brush. Don’t really have much more details on that day.

The photo of the alien in the Arctic Circle proves again that we are not alone?

It is not the first time strange creatures or beings are caught on cameras, wildlife cams or surveillance cameras.

Remember the famous video of strange entities caught on a surveillance camera in Fresno, California, early 2007. 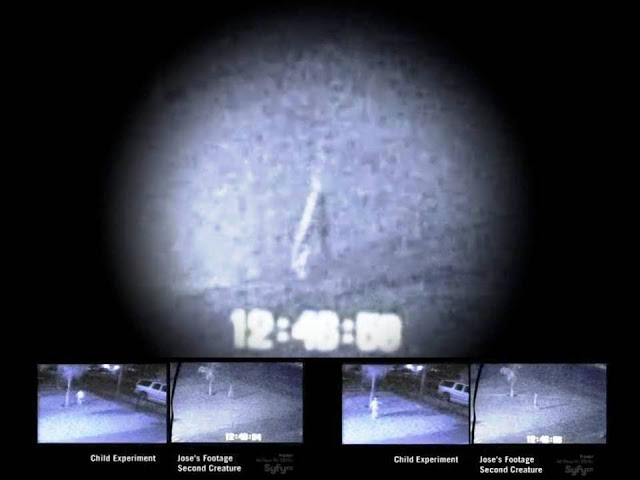 Despite an in-depth analysis, carried out by Victor Camacho, and shown and discussed as part of a presentation at the 2008 MUFON Symposium in San José (July 2008) this event remains a mystery. 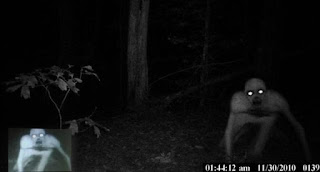 And the 2010 story of a hunter near Baton Rouge who said he found a freaky photo on his deer stand camera in the Louisiana woods at night.

Despite the hunting camera was broken, the memory card was still there and so was the bizarre image of a hybrid alien creature.

Below the famous video of the strange entities in Fresno, California.