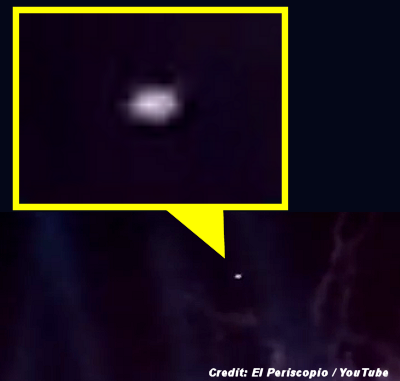 A luminous object startled fans of “La Roja” who were enjoying the game at the National Stadium.

It was crossed the skies ove Nuñoa for nearly 3 minutes. It was gone in the same way it appeared. The alleged UFO during the opening ceremonies of the Copa America at the National Stadium was swift and fleeting.

The fireworks launched at the sports arena drew the attention of one supporter, who took out his cell phone quickly to capture the moment. However, he never thought he’d find a luminous object moving strangely, from side to side – a movement far from what one would expect of an aircraft.

Could it be a UFO? The images are eloquent. The conclusions are yours to draw. . . .

Chile UFO: “Humans Could Not Have Manufactured It,” Claim Government Experts?