The following photos show a red-orange Orb accompanied by two smaller orbs and it seems like they come through a wormhole or spiral vortex. 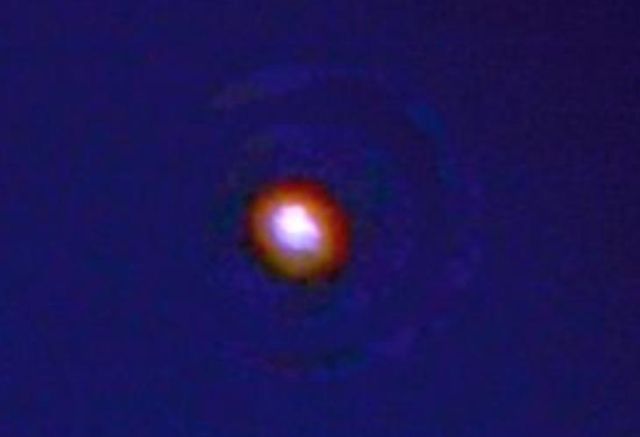 Witness report: Walking outside for a sky visual, I saw a bright, noiseless, red-orange orb pass directly overhead near the zenith headed East.

The object was approximately 40-degrees up, then moved to about 35-degrees. The object’s speed looked constant. Then it moved downward or further East behind trees.

While reviewing the images at high resolution, I noticed a shape change with a bulge like a smaller orb was attached or associated it (see image). The direction of travel was plotted from locations of serial shots. Also noticed was a blue cast to a small portion of the orb’s upper right side.

We live under an East to West flightpath and about 3-miles from an airforce base to the South. The West to East commercial path is to the South several miles away but during this time, I did not notice any air traffic and this is not the first time. 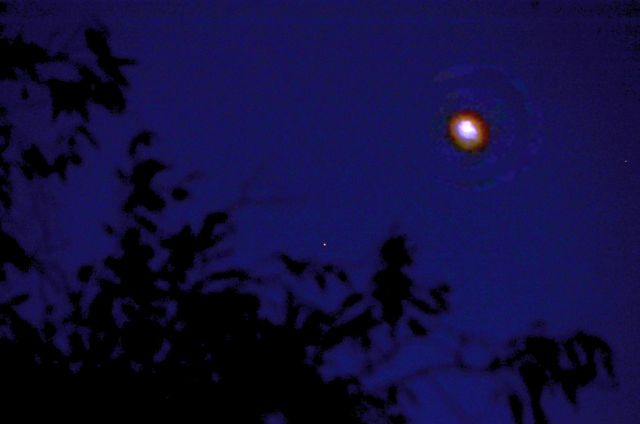 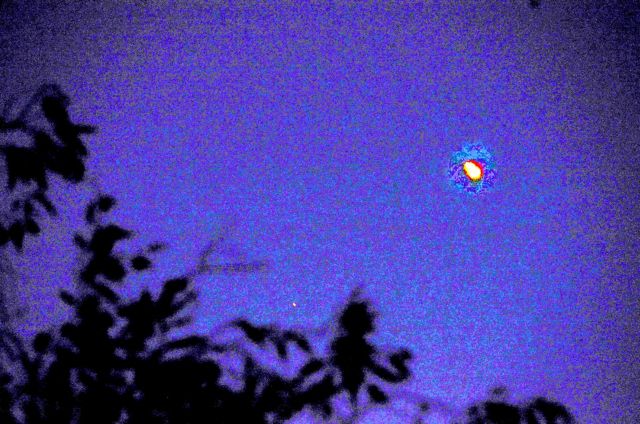 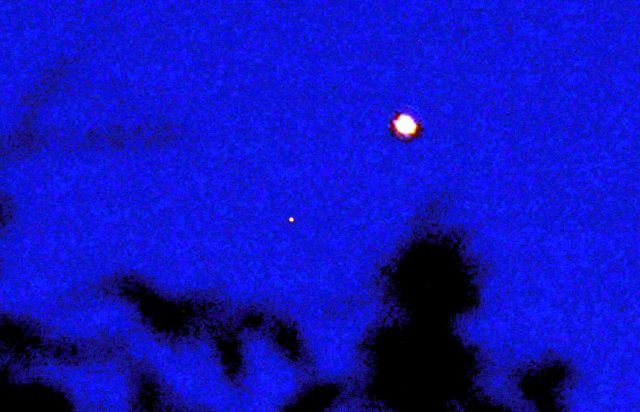