A strange sky phenomenon, what looks like a large reddish sphere or second sun, appeared in the skies over US and South Africa the past week. Many people wonder whether this sphere is the infamous Planet Nibiru.

Below images and videos of the sphere captured over Fremont, South Africa and Arkansas.

Fremont, Ca – June 15, 2015: I was driving home from work at 8:16pm, I had crossed the Dumbarton bridge and was heading north on Paseo Padre in Fremont CA at about 50mph when I got the urge to take a picture of the sunset in the west to my left. 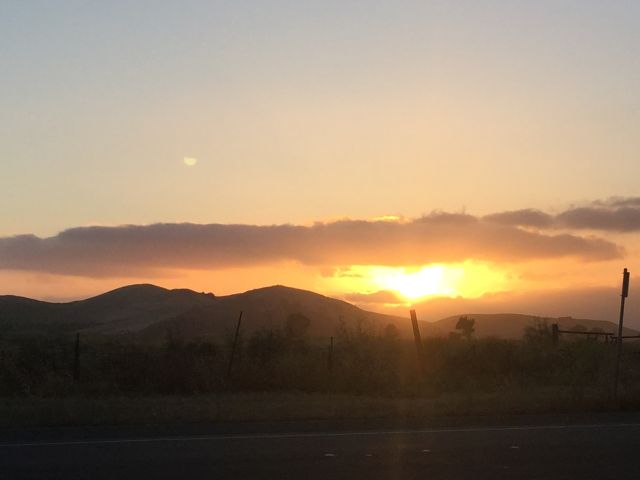 As I continued driving, I rolled down the window and snapped a few pics with my iphone and forgot about it until the next morning. When I saw the pictures, Upon first glance, I thought that the yellowish, solid, half-circles were simply lens flares. 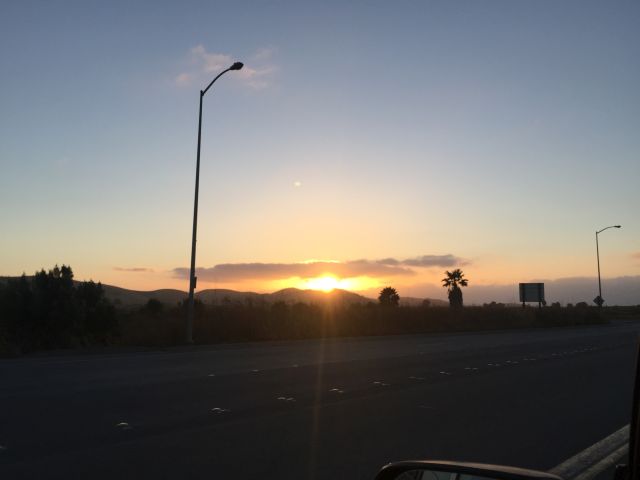 However, I have never seen half circles as lens flares, they are always solid shapes. Also, the image appears to move in ways that don’t correspond to lens flares from image to image.

In all the photos I see online with lens flares, I have never seen a half circle or half of a solid shape. My lens was clean with no water or streaks. In some of the photos it does appear to be simply a lens flare. However, the shape and placement just don’t add up. Mufon case 66505.

On June 14, 2015 the Southern Africa Large Telescope (SALT) located in Sutherland, South Africa captured images of the sphere which you can see in the timelapse video. (Second video). 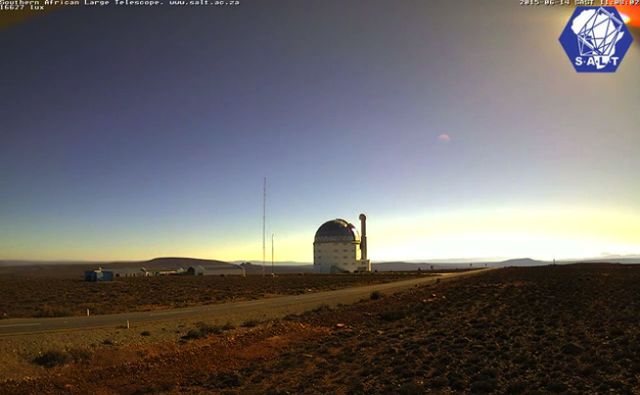 Vickie Acklin resident of Arkansas captured a series of 12 images of this sphere.

Vickie: Just after the sun had gone below the horizon a bright pink sphere came into view. I could clearly see it, and the trail above it, with my naked eyes. It was a bright and intense pink. It moved quickly and I was able to take pictures for a few minutes before it went below the treeline and I could no longer see it. 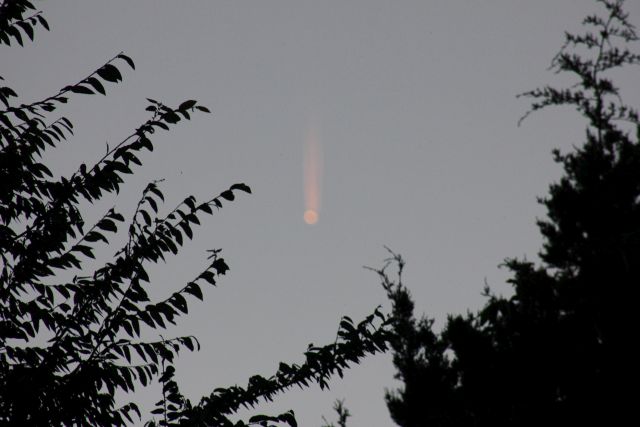 I want to share all the pictures that I took of this sphere because I feel this is an important event. (See video below).

Someone said it would have destroyed the earth if that sphere had been as close as it appeared in the pictures. The sphere appears close because I had a good zoom lens on it and I was using a nice camera.

I could clearly see the sphere with my eyes and I could clearly see the trail above it as it was moving down. To my eyes it looked about like a very intense, pink, tiny marble. It could still be very far out and large or close and small I have no way to know the size of the object. The object appears much larger in the pictures because of the zoom lens.