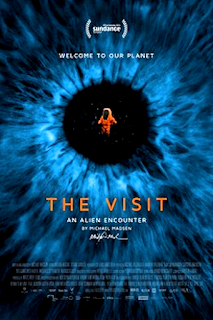 My personal highlight from the 2015 Sheffield’s International Documentary Film Festival is an experimental film that poses a fundamental human question – if aliens were to land on Earth, what would happen?

What plans do governments and other agencies have in place to deal with such an epoch-changing event?

The surprising answer is none, according to a group of experts from the United Nations HQ in Vienna who appear in the European-made film.

Among those interviewed are Vickie Sheriff, a former spokeswoman for Britain’s Prime Minister David Cameron, and Lord Boyce, Admiral of the Fleet. . . .

UFOs and US Military Were In Contact, Claims Vietnam Vet | VIDEO

What Contingency Plans Does the U. S. Government Have for a “First Contact” Scenario?