A mysterious face carved in a remote rock wall in the Vancouver Islands has been found again after years of searching for the feature of unknown origins. 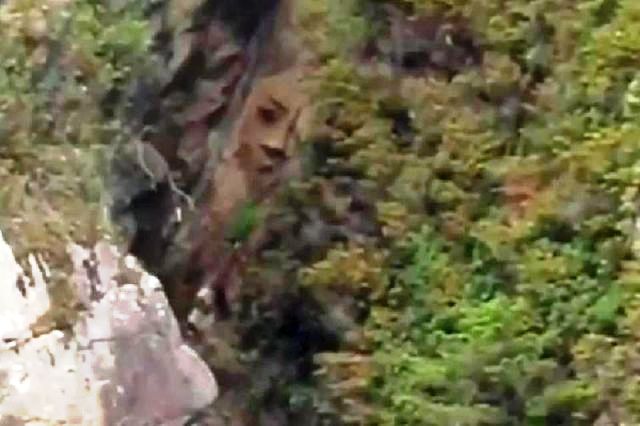 The beachkeeper from the Tseshaht tribe that owns the land, Hank Gus, has been searching for the rock face for two years after it was first spotted in 2008 hidden on Reeks Island in the Broken Group Islands by a kayaker.

Mr Gus said he is not sure whether the almost 2m-tall face is an optical illusion created by Mother Nature or a message from his ancestors, Ha-Shilth-Sa reports.

There are no recorded or oral histories in Tseshaht lore that refer to a carved rock face, but the hidden face bears a resemblance to a carving on the modern Tseshaht Administration building showing a wind spirit.

Tseshaht artist Gordon Dick said the carving is “Carrying the words of our Ancestors, yu’i sends the voice of encouragement and love urging us to preserve our culture, which anchors our language, songs, and our identity.”

The Reeks Island face appears to be blowing wind from its mouth, according to Mr Gus. The mystery face could be a message from Tseshaht tribe ancestors.