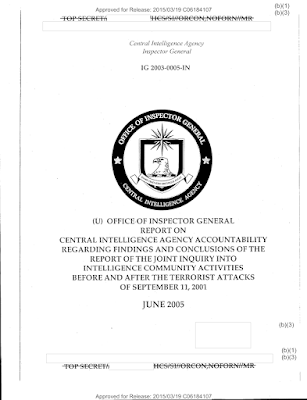 Mark Rossini, a former FBI special agent at the center of an enduring mystery related to the September 11, 2001 terrorist attacks, says he is “appalled” by the newly declassified statements by former CIA Director George Tenet defending the spy agency’s efforts to detect and stop the plot.

Rossini, who was assigned to the CIA’s Counterterrorism Center (CTC) at the time of the attacks, has long maintained that the U.S. government has covered up secret relations between the spy agency and Saudi individuals who may have abetted the plot. Fifteen of the 19 hijackers who flew commercial airliners into the World Trade Center towers, the Pentagon, and a failed effort to crash into the U.S. Capitol, were Saudis.

A heavily redacted 2005 CIA inspector general’s report, parts of which had previously been released, was further declassified earlier this month. . . .

“CIA Dumped a Phony, 17-Year-Old Disinformation Exercise Back Into the News Cycle”