NASA’s Solar and Heliospheric Observatory seems to have captured images of objects very large and artificially constructed flying next to the Sun. 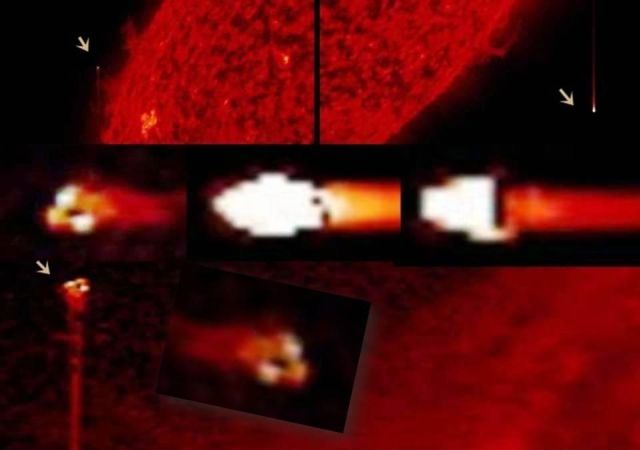 If you take a closer look, you can see the solid structures of each of the objects, especially the image of a triangular alien spacecraft, wherein it is clearly visible that three lights are connected to each other.

Despite NASA theorizes these objects are just a collection of streaks (energetic particles) left by cosmic rays that hit the camera’s CCD sensor, it is hard to believe that these unusual shapes are just protons that hit the CCD sensor.