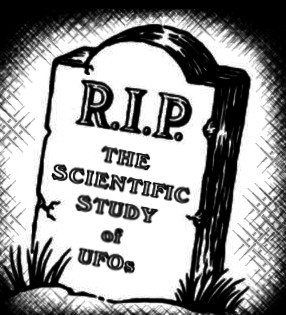 “We hope to bridge the gap between science and ufology. They’re one in the same.”

Concerns were expressed in the wake of the Roswell Slides debacle about organizations such as the Mutual UFO Network continuing to promote those who supported and enabled the empty claims surrounding the alleged slides. Don Schmitt was quickly back in the spotlight at a recent MUFON PA event, for instance, and beWITNESS promoter Jaime Maussan was invited to speak at the upcoming 2015 MUFON Symposium. MUFON WI Assistant State Director and Chief Investigator Mark O’Connell subsequently urged the organization to remove Maussan from the list of speakers. He also requested MUFON ban Maussan and Schmitt from future events, along with their slides colleagues Tom Carey, Richard Dolan and Anthony Bragalia. It seems Adam Dew has relatively removed himself from ufology, at least as compared to his beWITNESS associates and for the time being.

Further consideration reveals the challenges to be common and merely among the latest of what is relatively standard operating procedure concerning the low quality of speakers and information typically offered. MUFON and the North American UFO community in particular have systemic problems of credibility and poor quality of information circulated, as observable in not only the invitation extended to Jaime Maussan to speak at the annual MUFON conference, but the additional inclusion of such questionable figures as Paul Hellyer. Many people particularly object to the circumstances in light of the organization’s claim to be dedicated to the scientific study of UFOs, an assertion now so widely taken for granted as false that it no longer even generates significant discussion.

Adding insult to injury is an upcoming MUFON PA event in which the keynote speaker is yet another dubious figure, Dr. David Jacobs, who, as of this blog post, quite questionably continues to claim to be a “strong advocate of strict scientific and ethical research methodology.” Trouble is that if those claims were to be taken any more seriously than the underachieved MUFON mission statement, Jacobs has been repeatedly shown to fail miserably at actually implementing such purported advocacy into his own work. The retired historian’s so-called investigations were conclusively demonstrated to be extremely ethically questionable and completely absent scientific merit. Nonetheless, MUFON is opting to roll out the red carpet and present him with a lifetime achievement award, as if it had no knowledge of either the actual definition of science or Jacobs’ confirmed actions, detrimental to both his research subjects and the quality of the genre’s collective body of information.

Several members of the UFO community were recently contacted and asked to submit comment on the above circumstances for inclusion in this blog post. Following are their most appreciated contributions. . . .

“The Science of Ufology is Dead …”