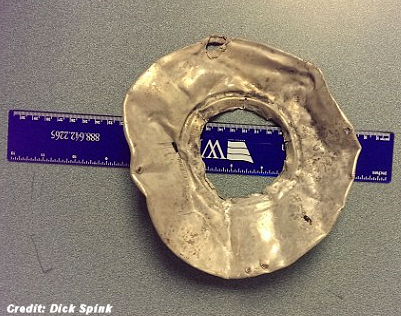 • If correct, it could prove they died while in the hands of the Japanese military – and that the U.S. government decided hero pilot was ‘expendable’

Compelling new evidence found among the jagged coral of a tiny North Pacific island could be the key to finally unravelling the mystery of exactly what happened to U.S. aviator Amelia Earhart after she disappeared almost 80 years ago.

The corroding pieces of metal, discovered on the Mili atoll in the Marshall Islands, are currently being analysed to find out if they are the wheel well trim and dust cover from Amelia’s Lockheed Electra plane, which disappeared over the Pacific in 1937, while she and her navigator Fred Noonan were attempting to fly around the globe.

The two men behind the find believe that they are in possession of another piece of tantalising evidence that they claim proves she and her companion were captured by the Japanese and died while in their hands.

But by far the most incendiary allegation they make is that the U.S. government knew of the fate of Earhart and Noonan but did nothing to help them and then kept the dark secret for 78 years. . . .