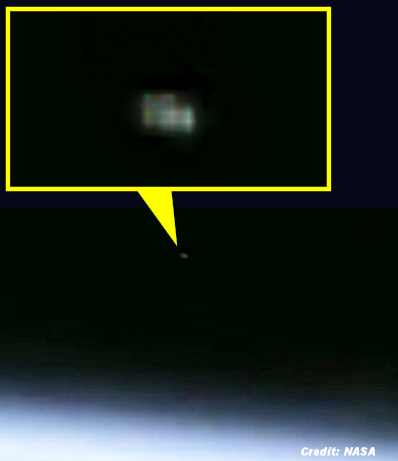 UFO conspiracy theorists are a-twitter after NASA cut off a live video feed from the space station when suspicious flickering lights came into view – and then flew away. Director of the International UFO Bureau Hayden Hewes, says it’s more of the same from NASA.

“They can’t let the general public know that there’s somebody more intelligent, it’ll upset too many beliefs.”

Was it aliens, or just a trick of the light?

“NASA says that they erased all of the original footage of the 1969 Moon landing; so it makes one wonder, what are they covering up?”