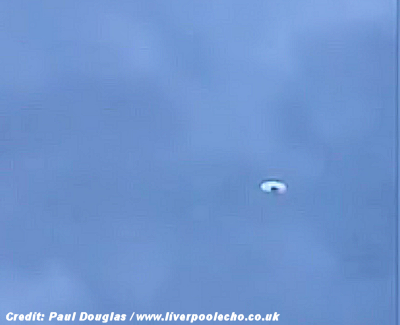 The video was taken by Paul Douglas, who was driving down Upper Parliament Street on Monday night.

A mysterious flying object was captured on film by a motorist who saw it hovering above Mariners Wharf.

The video was taken by Paul Douglas, who was driving down Upper Parliament Street towards the waterfront when he saw something unusual in the sky on Monday night.

Paul, from Aigburth, said: “It was about 10.20 and I was driving when I saw something strange in the sky.

“It was over the marina and it was just a mad object in the sky. It sort of looked like a drone but it also had three green lights on it.”

Taxi-driver Paul said he pulled over in amazement at what was drifting through the sky and started filming the object as it moved closer towards land then back out towards the water. . . .