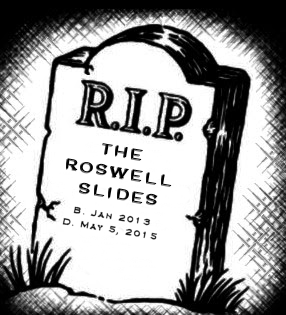 “The program was a train wreck that tried
to cram five pounds of crap into a one pound bag.“

Against my better judgment, I chose to invest $15 of my hard earned money and three hours out of my life on the “BeWitness” program. I half expected to be surprised with new revelations about the slides because the promoters were so adamant that they were images of an alien being. In a poorly organized presentation, Maussan practically put his audience to sleep as he tried to build suspense for the big reveal. When the program was complete, I was asking myself, ”Why did I waste my time and money?”.

BeBored: May 5th was mostly a snooze fest

There is an old saying that I learned, early on in my naval career, which stated, “prior planning prevents piss-poor performance”. Most of what we did involved a plan. That plan did not always work in the heat of the moment because events might change the situation and one had to adapt as one saw fit. However, when it came to presentations, they usually went off like clockwork. It was practiced and everybody had a time and place to be. In the case of BeWitness, there appeared to be not much of a plan. Instead of two or three hours, the program took five hours. Most of it was extremely boring. . . .