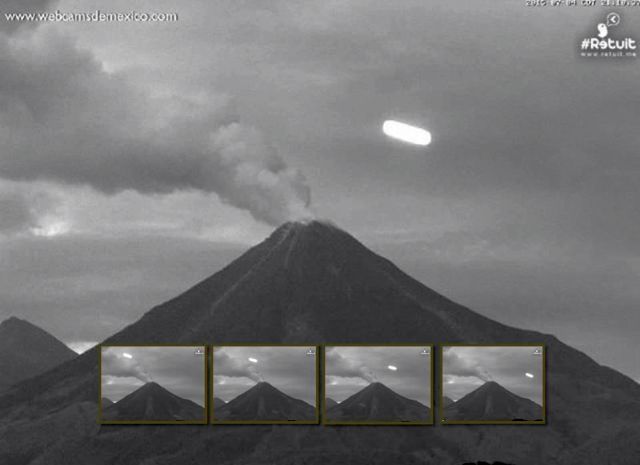 The next time-lapse video shows the rare cigar-shaped object or light being hovering over the volcano.