The video shows the moment one or two mysterious UFOs exploded midair above St. Petersburg in Russia on July 6, 2015. 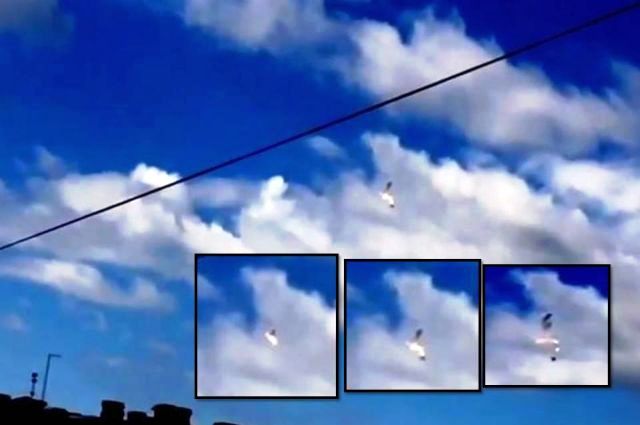 Witness Ms Ana Zhmaeva: “When I started filming the UFOs disappeared like they had exploded or crashed into each other. It looks like one of the objects takes a nose dive to the ground, with debris scattering across the sky.” she told to news site The Mirror.

Ms. Zhmaeva is convinced she witnessed two objects, but could it be possible that it is just one crashing UFO that releases an escape pod moments before the explosion?

The police confirmed that they had no official report of any crash as well as they found no debris of the mysterious object on the ground.

Below the video. Note: you can also watch a clear footage of the exploding UFO on YouTube – Link: https://www.youtube.com/watch?v=OrAOxKIsF5Q