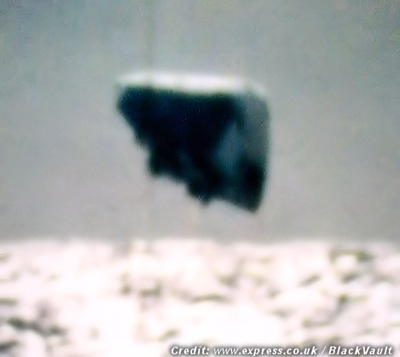 PHOTOGRAPHS revealing bizarre UFOs claimed to have been taken by a US Navy submarine crew have been hailed as the best EVER evidence of extra-terrestrial visits to Earth.

Specialist researchers of Unidentified Flying Objects (UFOs) believe the black and white images – supposedly taken from the USS Trepang SSN 674 submarine in March 1971 – are evidence of secret US aircraft tests or alien lifeforms looking to carry out an early form of fracking.

He claimed insiders told him the pictures were taken from the US submarine on its journey between Iceland and Norway’s Jan Mayen island in the Atlantic Ocean, with the admiral on board at the time said to be Dean Reynolds.

Top Secret described an inscription on one of the pictures as stating: “Official Photograph. Not to be Released. CT”

According to a US Naval archive, the USS Trepang was in the area at the time and a Rear Admiral Dean Reynolds Sackett, Jr from Beatrice, Nebraska, was its commanding officer from August 1970 to December 1973. . ..